Regios de Acero‘s “#7 jersey portrait” has become a tradition around here at the start of every football season, so it’s only natural that we would start with them! 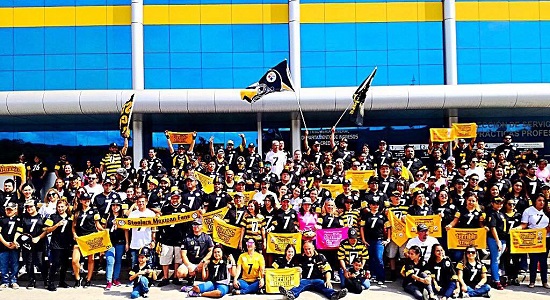 “The photo is full of 7’s, another tradition of our Steelers Fan Club, and it is in honor of Ben ’cause he was the first to share with Steeler Nation worldwide our stories and photos. Thank you! #InBenWeTrust” — Roger Saucedo, Monterrey, Nuevo Leon, Mexico. 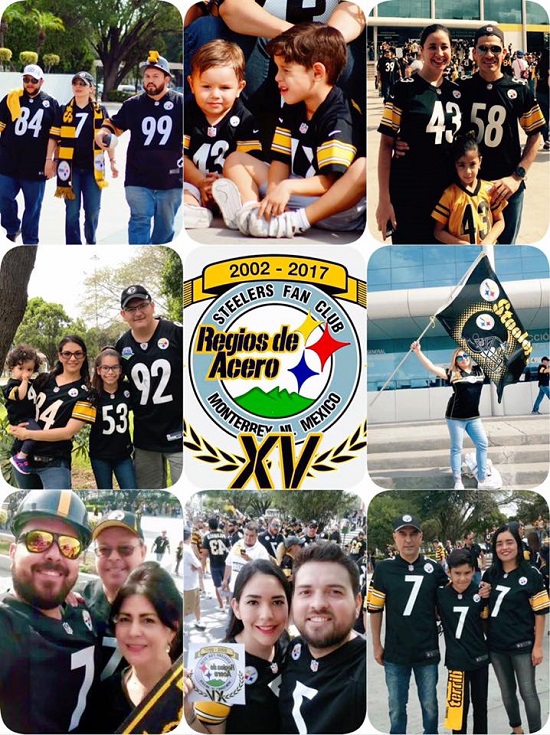 Take a few minutes and stop by Regios de Acero’s Facebook page to see all of the fun photos from their annual Steelers Photos Day!

Now it’s on to Switzerland to meet a future hockey star (and possible Penguins #1 Draft pick?) with a great name & a great jersey number:

“My name is Ben Roethlisberger too. I just received my new Ice Hockey Jersey, with of course the number 7. I am very proud to have the same name and number as you!” — Best regards from Switzerland, Little Ben.

And somewhere in the middle of the Caribbean… 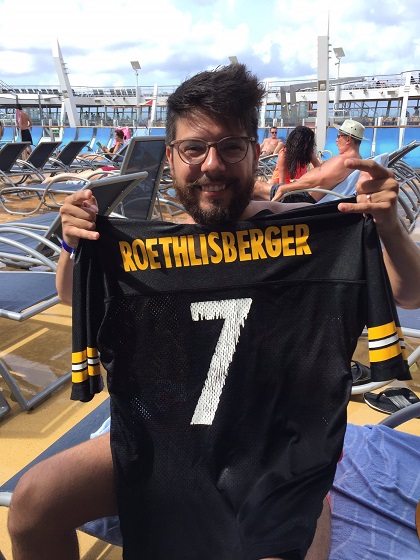 Jess @SoyJessDeLeon Sep 10
My new hubby watched the game on our honeymoon cruise. He is happy, so I’m happy! @steelers @_BigBen7

And we’re going to end this one right back here in the USA in a place called Latrobe, PA! 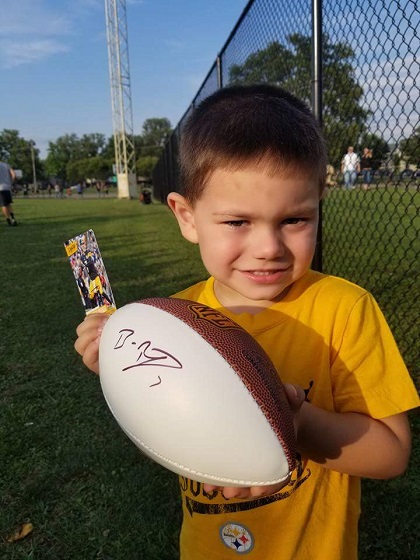 “Hi Ben! I wanted to take the time to thank you for your kindness when I had my grandson, Blaze Pierce, at Steelers camp this year. You called him ‘big guy’ and he says that’s his new nickname – we all have to call him that now. Lol. You truly made a little boy’s day, and he still talks about it! So from a Pittsburgh fan from Day One I wanted to let you know how appreciative we are that you take the time to show these young fans attention. He’s impatiently waiting to be old enough for your camp. He just turning 5 in October.” — Jody Claypool.

Thank you to everyone for sharing your photos with us!! Have a great weekend!! Go Steelers!!!