Those who follow the website’s Twitter and Facebook pages know this is a regular feature for us. But we decided to make it a special feature today on the site itself.


Sgt. Steven Palencik and members of his unit just sent this photo and wanted to wish Ben and the 2013 Steelers their best season ever! He said they are “bleeding black & gold” while serving our great country in Kuwait! GO STEELERS! 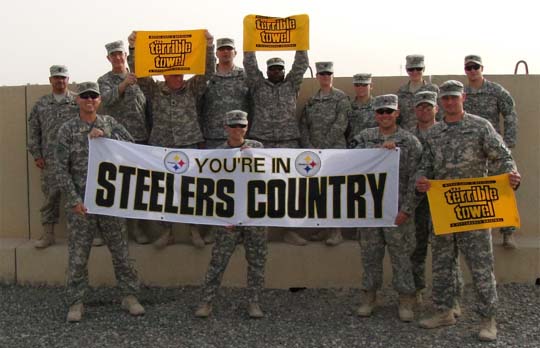 
Gentleman, thank you for serving our country! Stay safe and God bless!


You can see all of our warriors in Ben’s “Salute to our Military” album here.