…in support of The Ben Roethlisberger Foundation this summer!


“It’s no secret how much the kids mean to me. When someone has a wish and they want to spend it with the Steelers that touches you and is special. For us to be able to do this and be able to have six kids’ wishes come true is awesome. Being there to meet them, shake their hand, sign an autograph means a lot to me.” — Ben, on his support for Make-A-Wish®. 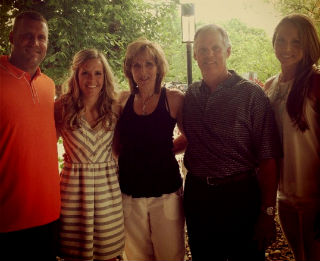 Proceeds from the event will benefit K-9 Police and Fire Units throughout the country, and Make-A-Wish®.

This incredible evening will feature a strolling dinner, a live and silent auction, and the music of NightSong, which will have you dancing in no time!

A few of Ben’s teammates, including Brett Keisel, Heath Miller, James Harrison, and Charlie Batch stopped by to show their support last year, as did ESPN’s Merril Hoge. You never know who will show up this year!


“He brings a unique perspective because he grants wishes and he is good at that. He gets to make the wish happen. Now with the partnership with his foundation, he is taking it to the next level to allow other wishes to be granted. It’s an amazing thing.” — Leigh Ann Lubarsky, Manager of Program Services for Make-A-Wish, talking about Ben’s impact on the children.

*Must be 21 years of age or older to attend!


You won’t want to miss it so purchase your tickets now!

How about a round of golf the following day?

You can join Ben once again, but this time on the golf course at the beautiful Treesdale Golf and Country Club in Gibsonia, PA on June 23rd for the Third Annual Ben Roethlisberger Foundation Invitational! 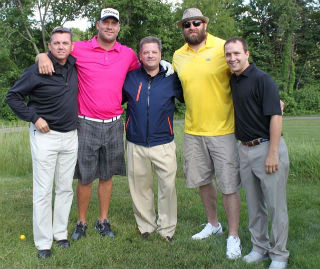 As with the event at Jergels on Sunday night, Monday’s tournament will benefit both Make-A-Wish Foundation and the Ben Roethlisberger Foundation.

Since 2007, the Ben Roethlisberger Foundation has made 135 grants totaling more than $1.2 million to 129 police and fire departments and five community youth organizations, including Ronald McDonald House Charities and the Make A Wish Foundation. These 129 canine grants have funded the purchase of more than 67 dogs, the training of more than 29 dogs and 50 handlers, safety equipment, such as vests, for more than of 54 dogs and training equipment for more than 33 dogs as well as food, vet services and housing for many more.


“I would like to extend my extreme gratitude to the Ben Roethlisberger Foundation for its generosity and support. The foundation’s assistance will provide an integral role in the development of our newly started canine program. The North Fayette Township Police Department canine program relies greatly on contributions like this in order to maintain the high standards required to make the program successful. We are confident that our canine program will serve our community well.” – Mark O’Donnell, Chief of Police, North Fayette Township.

And benefit it they did!

The event raised over $100,000 for both of Ben’s Foundation causes: the Make-A-Wish Foundation of Greater Pennsylvania and Southern West Virginia as well as K-9 Police and Fire Units across the country.

Pre-tournament competitions, which included games such as the Quarterback Challenge, Football Drive, Hat Trick, Three Point Shootout, Roulette Golf, Blackjack, a $5,000 Putt Challenge, and a $1 million dollar Shootout (165 yard shot) got the day started. During the tournament golfers had the opportunity to try their hand at other competitions along the course, including Poker & Roulette Golf, a Men’s and Women’s Long Drive, the Straight Drive, and a TPC Sawgrass “Island Green” hole on the 17th.

Golfers enjoyed both a lunch buffet served on the patio before heading out on the course, and a delicious dinner in the clubhouse after the tournament featuring several buffet stations. On the course, the golfers were treated to made-to-order Primanti Bros sandwiches from a specially prepared golf dining cart!

Space is limited for the tournament, so make your golfing plans soon!


You can sign up for the tournament, or learn more about it here.

You can see an album full of photos from last year’s Invitational here.


*Thank you to Jessica Duffaut at the Giving Back Fund, Justin Aquilante at ProServ Events, Sheila Weiner & Cortney Stitt at The Event Group, Dan Jergel, and Teresa Varley, Steelers.com!