Message from the NFL

Home/News/Message from the NFL
Previous Next

Message from the NFL 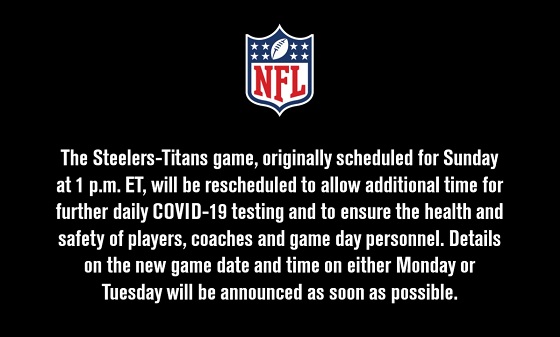 
“As a quarterback when we throw a big touchdown pass, that is what you are paid to do, what you grew up doing. We throw passes for a living. When we are able to finish games on big drives like that, and a lot of it is running, that means more to me in the sense that we are winning the football game. I will always be more about winning than individual stats. At the end of the day that is more important to me.” — Ben.

From Ben’s Wednesday Q&A with the media:

There is one stat, and one stat only, Steelers players are looking at right now.

Individual numbers have taken a backseat to the team goal, and reaching that goal is only at its infancy stage.

And yes, while starting off the 2020 season with a 3-0 record is something to be happy about, it’s not something Steelers players are hanging their hat on.

“I have been doing this a long time, started different ways,” said Ben Roethlisberger. “I couldn’t tell you how I have started seasons in the past, what’s our best, our worst was. I just know where we are now. Obviously, guys, coaches, the whole building feels better when you are 3-0 compared to 0-3. This is a professional group. We aren’t riding that high right now.

“We know this is a big week and we have another really good football team we have to go on the road to play. It definitely feels better but we are taking it like professionals and taking it week by week.”

That 3-0 record has come courtesy of an overall team effort. On offense, contributions have come from all over, and the same thing can be said for defense and special teams. In the passing game, Roethlisberger has completions to 10 different players through three games, keeping the numbers low for some who are accustomed to putting up the bigger numbers, but again, those aren’t the stats that matter.

“They are all contributing. There are a lot of guys who have their hand in the pile. They are making plays for us. It seems like it’s someone different every week. We have some guys we can depend on all of the time, some new guys are making plays. The ball is getting spread around and I think that’s what makes it fun. Everybody is involved and everybody is involved in winning a football game and at the end of the day that is our only priority.”

Roethlisberger said the one thing he has to be cautious of is not intentionally trying to spread the ball around to keep everyone happy. He said it happening naturally is the most important thing, because when you think about it too much, mistakes can happen.

“You have to be careful because if you get caught in that game you will try and force someone the ball,” said Roethlisberger. “I’ve done it in the past and sometimes it leads to some bad things. I don’t predetermine going into it. The biggest thing that shows is I trust and believe in each guy. Each guy can make a play for this team. Depending on the situation, that is how it unfolds.”