Home/News/‘Oh, what have we created?’
Previous Next 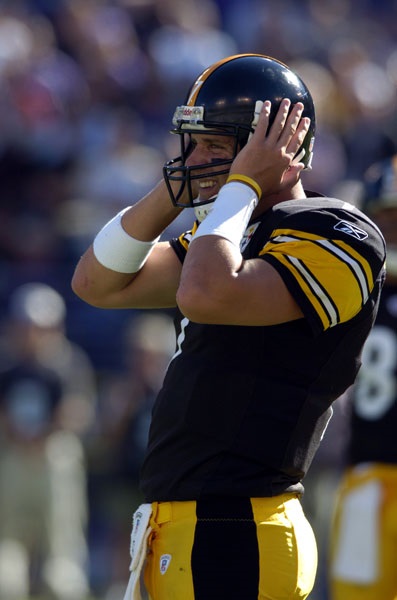 Former Ravens cornerback Gary Baxter, whose blitz forced Tommy Maddox out of a 2004 Ravens-Steelers game and paved the way for Ben Roethlisberger to take over at quarterback for Pittsburgh, would’ve had a message for his team had he known how the rest of that season and much of the next two decades would play out.

The Ravens were ahead of the Steelers, 13-0, early in the third quarter of a Week 2 contest, with Maddox trying to lead Pittsburgh back. Maddox, then 33, had started all 16 games for the Steelers in 2003. Though the Steelers had drafted Roethlisberger out of Miami (Ohio) in the first round in the spring of 2004, it was still Maddox’s team.

Well, at least until Ravens defensive coordinator Mike Nolan called Eagle 2 Blitz (Baxter still remembers the play call 17-plus years later). Baxter blitzed from the nickel position, sprinted around the left side of the Steelers’ line and hit Maddox on the right arm, forcing a fumble. Maddox left the game with a right elbow injury. Roethlisberger finished the game, completing 12 of 20 passes for 176 yards along with two touchdowns and two interceptions. The Ravens won, 30-13.

Roethlisberger never relinquished his hold on the starting quarterback spot, and the Steelers didn’t lose another contest that season until the AFC championship game against the Patriots. The Steelers went 15-1 during the regular season, outscoring opponents by 121 points on the year. Roethlisberger completed 66.4 percent of his throws for 2,621 yards and 17 touchdowns during his rookie season.

Roethlisberger ended up authoring a Hall of Fame career — 18 seasons, 164 wins, 417 touchdown passes, more than 63,000 passing yards and, of course, two Super Bowl titles. The 6-foot-5, 240-pound passer likely would’ve become the Steelers’ quarterback sooner or later — he was drafted No. 11 overall, after all — but Baxter is looking for a little appreciation regardless.