“I need to play better, we’ll stick together and get things together.” — Ben.

You can listen to Ben’s full post-game interview here.

Steeler Nation had a lot to say post-game – with tweets for Ben and his teammates…but probably not what you expected! Below is just a sample: 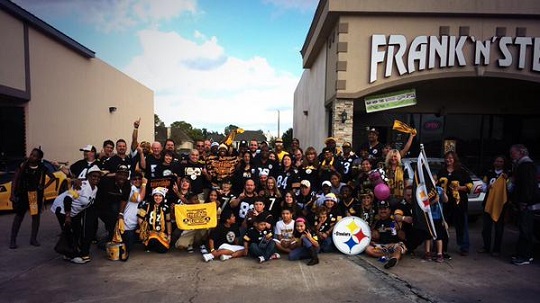 SteelersFanatic @SteelerNicole88
@_BigBen7 Crazy game! But ya’ll came back at the end! Let next game be different! We are ALL behind you Ben!” #LOYALTY (photo above)


Chef Cherrico ‏@BGUD123456
Hey man sorry to hear about your hand bro. I know you guys lost, but keep your head up. There’s always next week
@_BigBen7


♡Steelers Country♡ ‏@____korrea
Ben although you played a tough game, you are still my champ and I will always love you

TheMantheMytheLegend ‏@Steel_Legends
@_BigBen7 I believe in you. Keep your chin up and beat the Bengals.


The Steelers didn’t just lose today’s game, they lost Brett Keisel to a tricep injury! Prayers go out to #99!!