Home/News/Seven years ago today…
Previous Next

Ben arrives at Madison Square Garden that Saturday morning with plenty of supporters in his corner – his parents Ken and Brenda, his sister Carlee, his agents Leigh Steinberg and Ryan Tollner, and his college coach, Terry Hoeppner and his wife Jane. 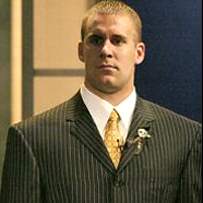 At 11:20 a.m., Ben and four others – Eli Manning, Roy Williams, Robert Gallery, and Kellen Winslow Jr. – are introduced to the crowd.

• 12:58 p.m.: NFL commissioner Paul Tagliabue announces that the New York Giants have selected NC State quarterback Philip Rivers with the No. 4 pick. Soon thereafter the trade with the Chargers is announced – Eli Manning is headed to New York, Philip Rivers to San Diego. Both fanbases seem pleased with the outcome.

• 1:57 p.m.: Pittsburgh is on the clock. “We see Ben Roethlisberger on the phone,” ESPN announces for the television audience. Sure enough, it’s Steelers coach Bill Cowher calling to tell Ben the Steelers are going to choose him with the No. 11 pick.


(The above time-line was made from a combination of notes, television coverage, and highlights from Draft articles that are no longer available online) 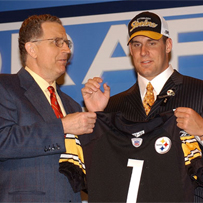 All three of these quarterbacks are listed at 6-foot-5, but the 241-pound Roethlisberger said his combination of size and athleticism will allow him to stand out above the other two. That, along with “the leadership I bring, the will to win.”

Also, Roethlisberger had the presence of mind to wear Steelers colors — a black suit with gold tie — to Madison Square Garden for the Draft.

“Yeah, no one knew I was going here. But I knew. I thought I looked good in black and gold,” he said.


From an article that appeared on CBS Sports.com: 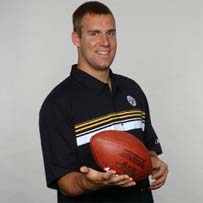 He doesn’t expect either situation to last very long.

But he said he lacks nothing Manning and Rivers possess — he dismisses talk the Manning family lineage gives Eli an edge — and is eager to show it. Even if he must wait a little longer to play than Manning does with the Giants or Rivers does with the Chargers.

Now, they’ve got to find out how Roethlisberger fits into an already crowded quarterback mix. Roethlisberger was diplomatic when discussing playing time, at least for this season.

“I’m willing to do whatever the team asks of me, whether that’s play right away or sit,” he said. “I want to talk to Tommy and Charlie a little bit about what’s going on. Whatever they’re willing to help me with, I’m going to take it all in.”


You can read the full article here.

Hope you enjoyed the “look back”. Wishing you a happy and safe Easter!