“I just feel blessed to call him a friend.” — Ben of Jim Kelly.

From Joe Starkey, at the Pittsburgh Tribune-Review: 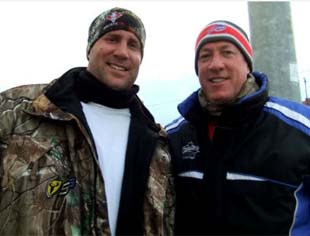 The Steelers and Buffalo Bills are sharing practice fields this week in Latrobe. But for franchises separated by just 220 miles, they have shared precious little meaningful history.

But the cities’ most meaningful football connection might be one that binds a pair of iconic and similarly rugged quarterbacks: Ben Roethlisberger and Jim Kelly.

Their connection, at least from Roethlisberger’s end, goes back more than 20 years. It has taken on new meaning of late, given the personal transformations of each and Kelly’s harrowing but inspiring bout with cancer.

The relationship began in the form of a young Roethlisberger, 22 years Kelly’s junior, taping a No. 12 Kelly poster to his bedroom wall in Findlay, Ohio.

“I tease him about that all the time,” Roethlisberger says.

Fast forward to Roethlisberger’s first few NFL seasons, when his linebacker-like approach and laser-like precision late in games evoked images of Kelly in the Bills’ famed “K-Gun” 15 years earlier. Have there been any star quarterbacks in the past quarter-century who endured more punishment — invited more punishment — than these two?

They finally connected in person early in Roethlisberger’s career at Kelly’s golf tournament in Buffalo. Roethlisberger traveled early and stayed at Kelly’s house. They bonded immediately. Roethlisberger soon was making annual treks to Kelly’s lodge in Ellicottville, N.Y., where the two would hunt, fish, ride snowmobiles and talk shop.

“For a Hall of Famer to come down to my level, if you will, just meant so much,” Roethlisberger says. “He’s a guy I can call when things aren’t going well. I’ll get notes from him after games, good and bad: ‘Keep your head up.’ ‘Great job.’ To have someone like that I can call a friend? That’s first and foremost. And I think he’d say the same thing: He looks at me as a friend.” 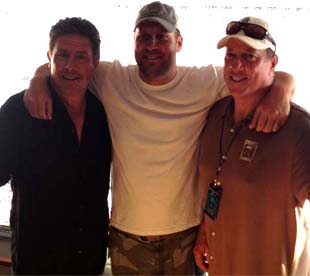 The Kelly family (Jim, wife Jill, daughters Erin, 19, and Camryn, 15, plus a large extended clan) gifted the world by publicizing Jim’s battle. An image of Erin clutching her father’s arm in his hospital bed went viral. It and other photographs, articles and television pieces speak to the suffering, devotion and cruel tests of faith families experience in such times, when the blessings and curses often roll into one.

“I can only imagine what Jim and his family are going through,” Roethlisberger says. “I’ve stayed in touch through phone messages and calls. The last time we talked was after the Hall of Fame ceremony. I shot him a note and said, ‘I know it wasn’t easy for you to be up there, but you looked good, bud.’ It’s tough to see such a tough, strong guy go through that.

“I know the family, and it’s emotional to see them do these pieces. But that’s who they are,” Roethlisberger says. “Their faith is so important to them, and I think the girls and Mrs. Kelly will tell you that they kind of got Jim on the right path. It’s changed his life. He’ll tell you that.”


“For me it’s about being cerebral. Early on it’s about first read. If it’s not there, find your second read and then just start making something happen and run around, whatever it is. Now I think it’s understanding more of offenses and defenses, what play goes against what defense and being able to look into your third and fourth reads.” — Ben, on the difference between his rookie days and now.

He was also asked his thoughts about on-field fighting between teammates during training camp; if he thinks the shorter practices (no 2-a-days) affects the performance of rookies; his advice to rookie quarterbacks; his comfort with the return of center Maurkice Pouncey and more.


You can listen to the entire interview here (bottom of page).