Oh yeah, and Ben had a pretty good game too! 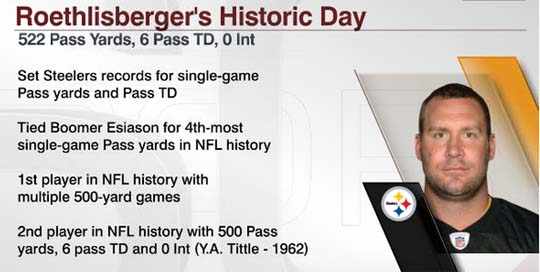 Missi Matthews @missi_matthews
Keisel joked after the game that he wants Ben’s game jersey after such a huge performance. Keisel very happy for his teammate and friend.

Ben Roethlisberger on 500-yard game: ‘Why does it have to stop here?’ 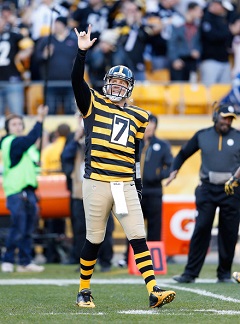 Ben Roethlisberger held his young son, Ben Jr. as he beamed at his locker, giving Little Ben and his teammates a record-setting performance to look up to when his team needed him most.

Roethlisberger said this week he and his up-and-down Steelers were close to playing their most complete game.

Boy, was he ever right. No better time than Sunday for Roethlisberger to remind everyone he’s still an elite, two-time Super Bowl-winning quarterback by setting franchise records for passing yards (522), touchdown passes (six) and completions (40).

His yardage total that ignited Sunday’s 51-34 victory against the Indianapolis Colts was tied for the fourth-highest in league history. It was the second time Roethlisberger eclipsed 500 passing yards for the 5-3 Steelers — the first player in NFL history with two such games — who have won two straight games for the first time.

“We felt they couldn’t stop us because we were just clicking,” Roethlisberger said. “There has been a lot of great quarterbacks that have played this game. And it’s just an honor to be mentioned in the same breath as a lot of those guys.

And from Bob Labriola, Steelers.com:

Ben Roethlisberger became the first QB in history to pass for 500 yards in a game twice in a career. 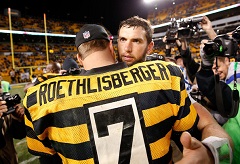 Ben Roethlisberger is the Steelers Digest Player of the Week.


You can see a few photos from the game here.