Ben has announced the opening of the 2018 grant cycle of the Ben Roethlisberger Foundation at The Giving Back Fund. 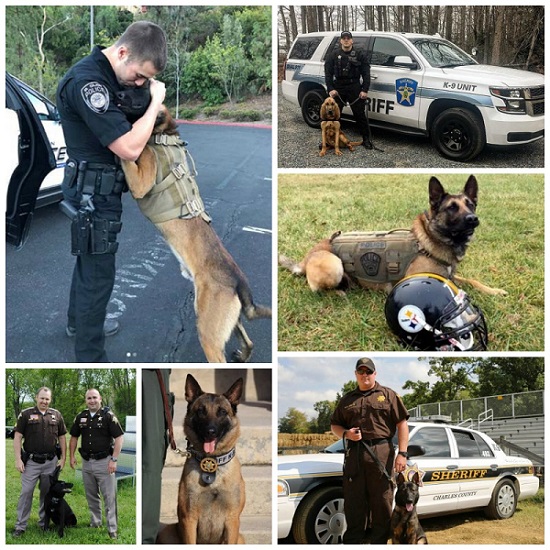 This marks the 12th season of grants for his Foundation.The majority of grants distributed will help police & fire department K-9 units purchase dogs & dog safety vests, but other needs are also considered.

The Foundation will be distributing grants in the cities and surrounding communities of each regular season away game for the Steelers during the 2018 NFL season including Cleveland, Tampa Bay, Cincinnati, Baltimore, Jacksonville, Denver, Oakland and New Orleans. Ben invites police and fire departments in these eight communities to submit proposals detailing their needs.

In addition, his Foundation will continue to make grants to several police and fire department K-9 units in the Pittsburgh area following Super Bowl LIII.

Ben’s mission is to support K-9 units of police and fire departments throughout the United States with a particular emphasis on support for service dogs in Pittsburgh. Ben also strives to support Make-A-Wish and other nonprofit organizations assisting children in need in cities where he has lived and played football.

Applications and supporting documents must be mailed and postmarked by August 15. Click HERE for all the details on how to apply!


For more information about the Ben Roethlisberger Foundation or The Giving Back Fund, please contact Jessica Duffaut at [email protected].