Your agency still has time to complete & enter a grant request during the 2020 grant cycle of the Ben Roethlisberger Foundation at The Giving Back Fund. 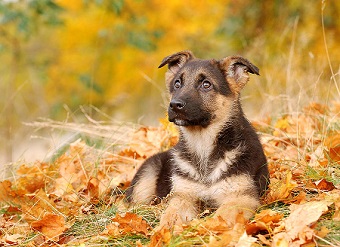 The Foundation began accepting proposals on September 1st, and will continue to accept them through the remainder of the year. The plan is to make rolling announcements in that time frame and beyond.

And don’t forget…you can support Ben’s foundation and decorate your Christmas tree at the same time!

“When we make Steelers gifts, we always like to say ‘Made in Steelers country, for Steelers country.’ We’re just up the road from Pittsburgh, and our team here bleeds black and gold. We couldn’t be more excited to work with Ben’s foundation and help make a difference in the community. We think these ornaments are going to go quick.” — Christian Werner, Wendell August Forge President.

Add a little black & gold sparkle to that tree!

The Ben Roethlisberger Foundation and Wendell August Forge have teamed up to create a new limited edition collection of Pittsburgh Steelers ornaments.

The two-time Super Bowl Champion quarterback and the Pennsylvania giftware manufacturer have already launched this beautiful ornaments that you can purchase. Fifty percent of the proceeds will benefit Ben’s foundation.

Proceeds will go toward Ben’s mission to fund police and fire department K-9 units across the United States with a particular emphasis on support for working dogs in the Pittsburgh area.

Since 2006, the Foundation has distributed in excess of $2.2 million in grants, over $1 million of which has specifically benefited K-9 programs in Pennsylvania and Ohio. 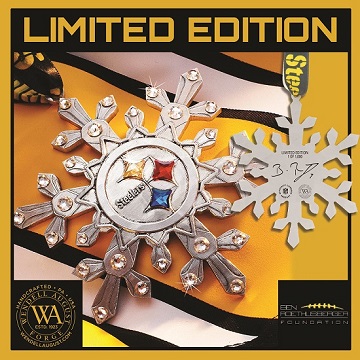 Only 1,000 each of the four limited edition ornaments will be handcrafted at Wendell August Forge’s flagship facility near Grove City. Each is engraved with Ben’s signature on the back and collector’s number.


You can get the ornaments while supplies last at Wendell August’s website, www.wendellaugust.com/bigben7.

For more information on the Ben Roethlisberger Foundation, check out his foundation page here on the site or www.givingback.org.