The Ben Roethlisberger Foundation at work…and at play!

Home/News/The Ben Roethlisberger Foundation at work…and at play!
Previous Next

The Ben Roethlisberger Foundation at work…and at play!

“We were blessed with a grant from the Foundation to purchase Jester. Jester and his handler have recently gone viral and I wanted your program to at least be aware of how your contribution was effecting our community and our department in a positive way. Thank you very much!” — Rob Ransweiler, Administrative Lieutenant, ITP/IA/PIO, El Cajon Police Department.

The story from NBC San Diego by Danielle Radin: 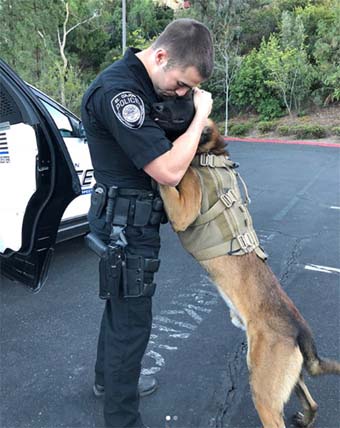 The K9 with the El Cajon Police Department who is going viral online.

The 4-year-old Belgian Malinois has been with officer Jordan Walker since 2015. Jester lives with officer Walker at his home and the two are inseparable.

Fans can see videos of Jester as well as pictures of him dressed up in adorable hats, from Krispy Kreme to reindeer antlers.

But don’t be fooled by his adorable charm, officers warn. Jester has been through the general Police Service Dog Academy as well as the Narcotics Academy, making him a fully trained crime-fighting machine.


You can watch a video of Jester from Joe Little at Channel 10 news in San Diego here.