Today, Ben announced that his Foundation in association with The Giving Back Fund, will be distributing a grant to the Massachusetts State Police in honor of the Steelers upcoming game against the New England Patriots on Sunday, November 3rd. 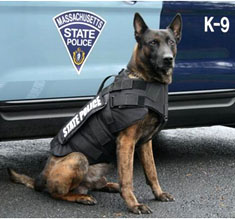 The Massachusetts State Police will use the grant to purchase a new K-9 that they plan to have on the force by the end of the year.

Lieutenant Joseph King, commanding officer of the Massachusetts State Police K-9 unit, said, “The canine that we purchase with this money will be well trained, well cared for and will help our troopers in keeping the citizens of the Commonwealth of Massachusetts safe for many years to come.”