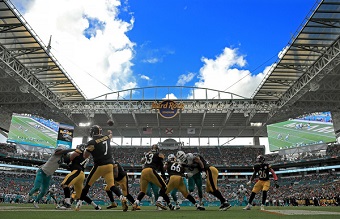 After getting a week off to rest up for the playoffs, Ben Roethlisberger talked about how both he and the rest of the team are getting healthy as they prepare for their first round playoff matchup with the Miami Dolphins.

Health and experience are two of the biggest assets you can have going into the playoffs. After talking about how he’s healthy, Ben talked about the experience he has and how that helps.

“I think it helps, I wouldn’t say it’s going to guarantee a victory or anything like that…We’re lucky in the sense too that we’ve got a lot of guys, offensively and defensively, that have played in postseason games,” he said.

One key player who is lacking in playoff experience also happens to be the team’s MVP this year, Le’Veon Bell. Ben shed light on how the star running back has to be feeling at this point.

“I’m sure he’s going to be amped up and ready to go, which is good for us,” he said.

As he watches tape and prepares for this week, Ben was asked about controversial Dolphins defensive lineman Ndamukong Suh, who is known for his dirty play and if Ben is always aware of what he’s doing.

Ben looked back at that last matchup against the Dolphins when they traveled down to Miami and lost 30-15 in what was considered a major upset at the time.

“Just trying to look at tendencies, look at plays that I missed, plays we didn’t make, how can we all be better,” Ben said. 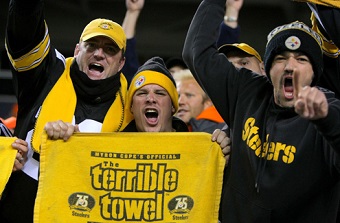 Things wrapped up on “The #1 Cochran Ben Roethlisberger Show” this week with Ben joking about a special request he has for Steelers fans this week.


You can catch more from his show, including the audio here.