The MAC HOF Induction in pictures!

The MAC HOF Induction in pictures!

The Mid-American Conference inducted its 2015 MAC Hall of Fame Class on this evening during the MAC Honor’s Dinner at the Cleveland Renaissance Hotel. 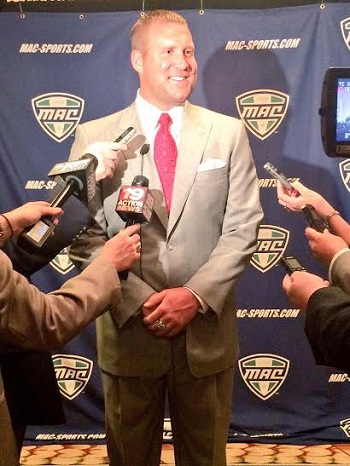 #MACtion @MACSports
Former @MiamiRedHawks QB Ben Roethlisberger is here at the MAC Honors Dinner. Will be inducted into HOF tonight.

Patrick Ransdell @PatrickRansdell
@_BigBen7 being inducted into the @MACSports Hall of Fame. Congrats to a great Miami RedHawk. 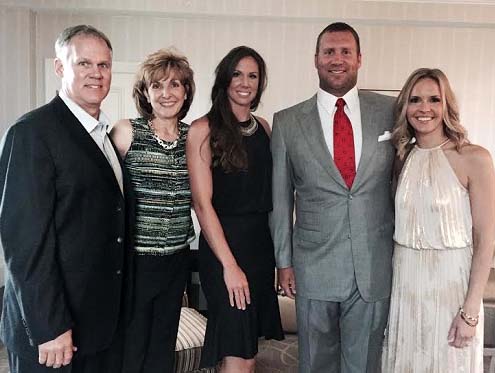 “Wanted to share this as a proud sis.” — Carlee Roethlisberger

You can see a few more great photos here!

You can watch & listen to Ben’s interview here!

And the MAC HOF Induction in words (from the Cleveland perspective)!


From Jeff Schudel, The News-Herald & The Morning Journal:

Former Miami of Ohio quarterback Ben Roethlisberger was inducted into the Mid-American Conference Hall of Fame on May 27. Appropriately the ceremony took place at the Cleveland Renaissance Hotel on Public Square.

No matter the name, Roethlisberger as quarterback of the Pittsburgh Steelers has owned the building the Browns call home since his rookie year of 2004. At least he did until last Oct. 12 of last year when the Browns played their best game of the season to drill the Steelers, 31-10, despite losing center Alex Mack for the season because of a broken leg.

“They asked me to come to Cleveland to do this and I said ‘absolutely,’” Roethlisberger said before festivities began. “I love coming to Cleveland.”

The game last year notwithstanding, Roethlisberger, with a record of 8-2, has won more games in Cleveland since his rookie year of 2004 than any Browns quarterback with the exception of Derek Anderson.

Take another sip of coffee and read that paragraph again.


You can read all of Mr. remaining paragraphs here.