Today, Ben announced the third and fourth grants of the 2016 season from The Ben Roethlisberger Foundation at The Giving Back Fund.

“Police K-9 are the pro-athletes of the dog world. Keeping our K-9 partners in top form requires daily training and agility equipment is one of the best tools we have to keep our K-9s fit, agile, and ready for anything. I’d like to thank the officers of our K-9 Unit, Officers Jason Matyas, Bob Reese, and Brian Aponte, without whose expertise we would not have even been able to apply for this grant. Thank you to The Ben Roethlisberger Foundation for making this possible. This generous donation will help our K-9s continue to keep the citizens of Cape Coral, and the officers who protect them, safer every day.” — Det. Sergeant Dana Coston, Cape Coral Police Department Public Affairs Officer. 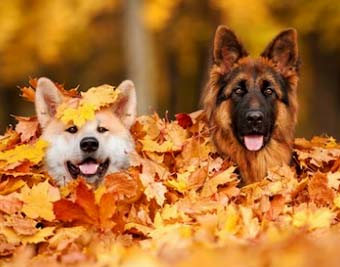 During the 2016 NFL season, The Ben Roethlisberger Foundation is distributing grants to K-9 units of police and fire departments in the cities and surrounding communities of each regular season away game for the Steelers. The Foundation will also distribute several grants to the Pittsburgh area. The Ben Roethlisberger Foundation invited police and fire departments across the country to submit proposals detailing their needs.

This marks the 10th season that Ben’s foundation has distributed grants to K-9 units. His mission is to support K-9 units of police and fire departments throughout the United States, with a particular emphasis on support for service dogs in Pittsburgh, PA. Ben also supports Make-A-Wish.

His foundation distributed more than $170,000 in grants to K-9 units around the country during the 2015 NFL season, including $93,250 in the Pittsburgh community. The Foundation has distributed in excess of $1.5 million since 2007.

Fans can support future K-9 grants by joining Ben’s crowdfunding campaign on https://pledgeit.org/big-ben. Big Ben is pledging $1,000 per touchdown this season to his foundation. Supporters can increase the impact by pledging to donate any amount per touchdown.


For more information about the Ben’s foundation or The Giving Back Fund, please contact Charisse Browner or visit www.givingback.org.