“Any time you win here, it’s a beautiful win!” — Ben, on the field right after the game.

Chris Boswell kicked a 53-yard field goal as time expired to give the Steelers the win over Green Bay. 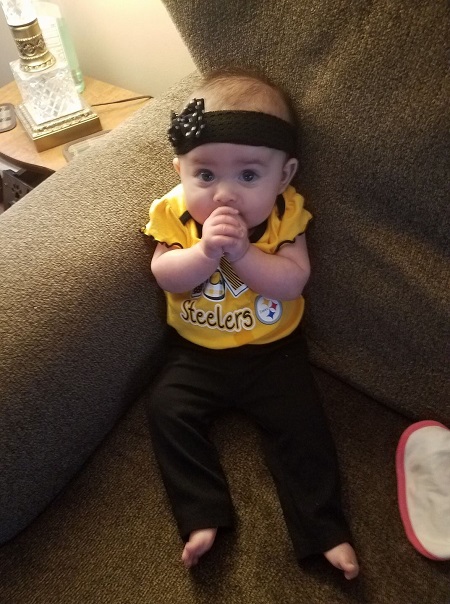 Little fan Isabella Meier praying that puppy through the uprights!

(She was sleeping until her daddy, Scott woke her up with all of his yelling at the TV! She decided she might as well stay up and watch the rest of the game.)


Now about those last few seconds…

The Steelers regained possession with just 17 seconds remaining in the fourth quarter with the score tied. Big Ben completed two passes to Antonio Brown and another to Le’Veon Bell, putting Boswell in position to hit the game winner. Ben threw for four touchdowns while Brown racked up 169 receiving yards and two scores.

Boswell’s 53-yard FG is tied for the longest at Heinz Field with Cowboys kicker Dan Bailey (2016).

“Cut out the bull[crap]. Be serious. Be serious, because it’s about a team. It’s not about individuals. It’s about team. And I’m not specifically talking about the defense. I’m talking about everybody that contributes. We got a fantastic quarterback that in my view can do things that nobody else in the league can do. You name them, he can make the passes just like anybody else, better. But none of them can stand in the pocket and take the heat that he takes and make the plays. And he has the heart to play, but he has to believe in his team, that they feel the way he feels. Football is a hard game, very tough, and you got to love it. And if you don’t you can’t give your very best and you can’t play. You got to love it.

“A good example of what’s the best about the Steelers is the run that Jerome made against Chicago. Every fiber of his body, all the movement says Pittsburgh Steeler. And if we do that, nobody can stand against us. You just got to believe — in one another. Not individuals.”