The Steelers won their last game of the regular season, but sadly, did not make the playoffs.

“I’m trying not to reflect right now, but it’s hard not to. But I think the biggest thing, I just got done seeing my linemen, so I think pride in my guys, pride in guys that stepped up today that had to move around in different positions…like James Washington! His big catch along the sideline – the big play that he had – was the exact same call that he missed in Denver. The exact same call. We’re standing on the sideline with Randy Fichtner and he said, ‘Who do you want, JuJu or James?’, and I said, ‘I want James.’ He came in the huddle and I said, ‘Hey, we’re going to do the same play we did in Denver and I want you to make the play’. And he did! And to me that’s just…I’m so proud of him!” — Ben, during his post-game press conference. 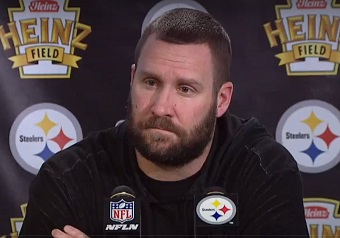 The Steelers did what they needed to do on Sunday, defeating the Cincinnati Bengals, 16-13, at Heinz Field.

After the Steelers won, Heinz Field remained packed, including players from both teams on the field watching the end of the Browns-Ravens game on the scoreboard, an emotional rollercoaster of big plays by the Browns at the end but it wouldn’t be enough as a Baker Mayfield interception on fourth down ended it all.

Ben Roethlisberger, who finished the season with 5,129 passing yards and became just the seventh quarterback in NFL history to record 5,000 passing yards in a season, was disappointed after the game but also had pride in the job his teammates did.

The defense was dominant all day, holding Bengals quarterback Jeff Driskel to just 95 yards passing and sacking him four times, while allowing just 125 yards on the ground, most of that coming in a 51-yard run by Joe Mixon.

Matt McCrane, who was signed on Friday after Chris Boswell was placed on injured reserve, hit three field goals, including the game-winner from 35 yards out.


You can read Ms. Varley’s full recap of the game here. 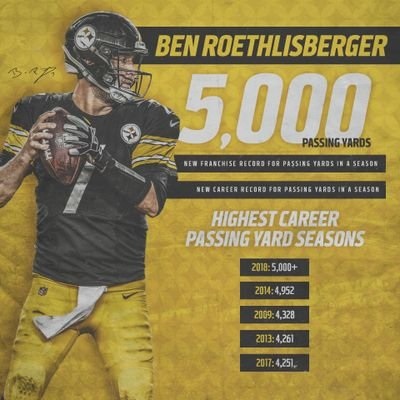 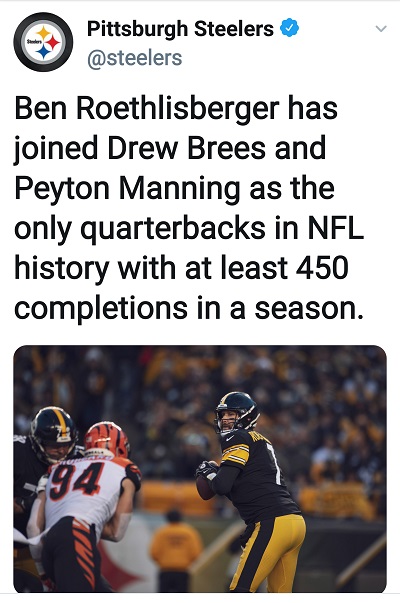 “I’ve got one year left on my contract, as long as Maurkice Pouncey is back, I’ll be back!” — Ben, when asked if he will return for the 2019 season.

Congratulations to you Big Ben! We’re happy you’ll be under center again in 2019!