Ben after the game:

“I just didn’t make enough plays, point blank. I’ll take ownership of that game, squarely on me. I apologize to the fans, my teammates. I just wasn’t good enough.”

When asked whether he felt he wasn’t on the same page with Antonio Brown:

“I don’t think I’m on the same page with anybody right now. I’m not playing well enough. I need to play better. Today was just a bad day at the office. I promise I’ll be back to play better!”

Then this happened after the game:

“Two great players showing respect to each other, exchanging jerseys after the game.” — Chad Steele, Ravens Public Relations (who also took the photos). 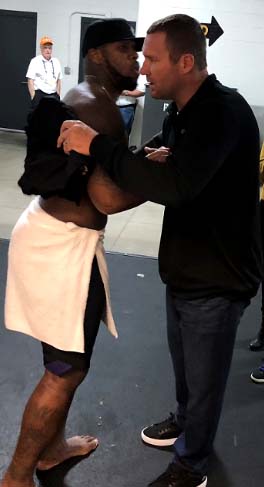 “I’ve been a part of this rivalry for 16 years. That team has raised my level of play. Even rivals can show respect. The player I am is because of the Pittsburgh Steelers.” — Terrell Suggs. 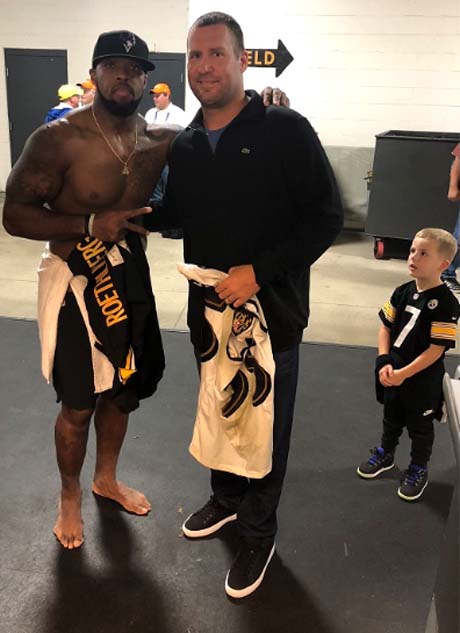 Benjamin Jr. gets a lesson on respecting your opponent, whether it’s in a win or a loss! 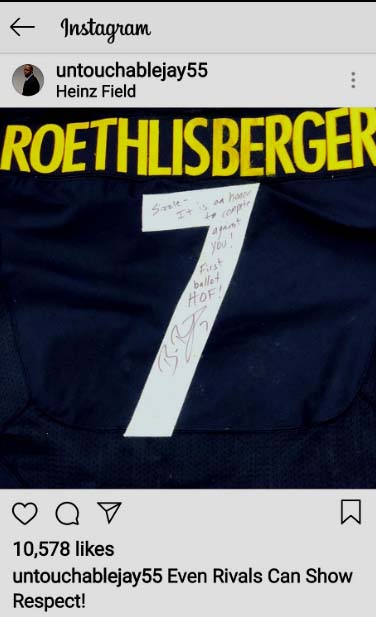 Terrell Suggs posted a photo of his autographed Roethlisberger jersey on Instagram. The inscription from Ben reads:

“Sizzle, It’s an honor to compete against you! First ballot HOF!”

You can read all news & watch the interviews from the game at Steelers.com.