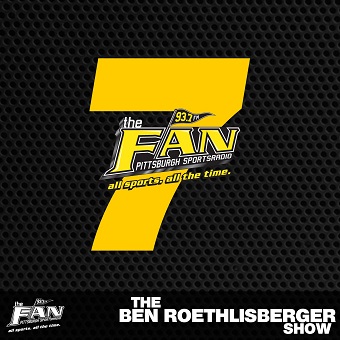 A report from ESPN’s Jeremy Fowler Monday says that Steelers running back Le’Veon Bell will return to the Steelers during the week 7 bye and be ready to play Week 8 when the Browns come to Heinz Field.

Steelers quarterback Ben Roethlisberger tells The Fan during his weekly radio show that he’s heard a lot of reports over the last few months and would be excited if and when Le’veon Bell reports.


“He’s been a teammate of ours and a really good football player so I hope he can come in and help us. Right now we could take some help but I think the key is if and when he gets here, I’m sure he’s not going to be in ready-to-go football shape getting the ball 30 times a game. But we don’t necessarily need that, James has done a really great job and I know people will probably scratch their heads when I say James has been doing good because he hasn’t gotten a lot of rushing yards. But, what we’ve asked him to do: picking up blitzes, pass protecting, catching the ball out of the backfield, it’s been awesome.”

Some negative things were said about Bell when he didn’t report during the first of the season but Roethlisberger says that it is all in the past and they are ready to move on with Bell as their teammate.


“Yeah, if he can come back and help us and be ready to go then we’ll be ready to welcome him back. A lot of things were said earlier in the year but that’s kind of in the past, we’ve moved on. Hopefully he’s moving on in the sense of getting back and ready to get with us.” ​

Roethlisberger says the team is going to spend time Wednesday to figure out why they have gotten off to a slow start the first four games of the season and that he takes responsibility for Sunday’s loss to Baltimore.


“When you have an off day as the quarterback at your position it’s really hard for the rest of the team to pick up your slack and it’s hard to win football games when you have a bad day so that’s why you hope you don’t have many of them.” ​

After his performance on Sunday, some on social media and others asked if age is catching up to Roethlisberger and he says not yet, he just had a bad game and can’t wait to get back out there again on Sunday against the Atlanta Falcons.


“I feel like I’m looking pretty young out there. Wasn’t it last week at the end of the game when they were saying ‘well that’s vintage Ben, that’s old Ben, moving around making that last throw?’ I don’t think age catches up to you in five days.”

Asked why the crowd didn’t seem in to it on Sunday, Roethlisberger said he hates losing but losing at home is even worse, and the team just didn’t give the fans anything to get excited about early on.


“It doesn’t help when you’re down 14 nothing in the blink of an eye. I think the fans were like, ‘Whoa, what just happened?’ You take the wind out of the place. That’s on us; we need to help give the crowd some energy. We feed off them so it’s nice when they get going and they get fired and we can feed off them but it’s kind of a give and take. We have to give them reasons to get excited.” ​

You can listen to Ben’s full show here (bottom of the page).