Home/News/And now for the weather…
Previous Next

For Super Bowl XLVIII (or could it be known as the “Storm Bowl”?)! 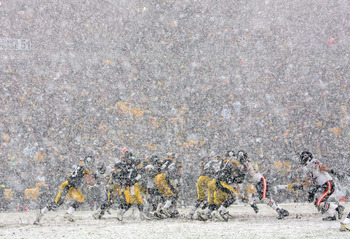 In a little more than five months, Super Bowl XLVIII will be held in East Rutherford, New Jersey at MetLife Stadium. For as long as there has been football it has been played in cold weather, but this will be the first time in 47 years that the big game will be played outdoors in a region known for freezing temperatures in February.

How cold? Farmers’ Almanac, which hits newsstands Monday, describes it as “bitterly, piercing and biting.”

Instead of using complicated computer models, the Farmers’ Almanac relies on planetary positions, sunspots and lunar cycles, a method that has remained unchanged since founder David Young published the first almanac in 1818.

Modern scientists don’t put much stock in sunspots or tidal action, but the almanac says its forecasts used by readers to plan weddings and plant gardens are correct about 80 percent of the time.

Last year, the forecast called for cold weather for the eastern and central U.S. with milder temperatures west of the Great Lakes. It started just the opposite but ended up that way.

The almanac predicts a big storm to hit between Feb. 1 and Feb. 3, prompting managing editor Sandi Duncan to note, “It really looks like the Super Bowl may be the Storm Bowl.”