Home/News/Ben, after giving his life completely to Christ, finds ‘joy, happiness…truly a new life’
Previous Next

One of the things that I want to tell guys and tell people out there is that I could be a really good athlete and a Christian. It’s not one or the other. You can do both. I want that to be known, especially to all you young men out there. It’s cool to be a Christian and be an athlete. Go ahead and be the best athlete you can possibly be, and see if you can be a better Christian. — Ben.

From John Ackerman at SportsSpectrum.com:

Roethlisberger’s comments over the weekend came during the ManUp Pittsburgh conference. Each year, Urban Impact teams up with Steelers head coach Mike Tomlin to present ManUp Pittsburgh to nearly 1,500 men from the Pittsburgh tri-state area (Pennsylvania, Ohio, West Virginia). “ManUp encourages and teaches men to be godly leaders for their families, and raises awareness of the devastating impact of fatherlessness among youth today,” says the event’s website. Due to COVID-19, the event was free and online. Roethlisberger was featured along with Tomlin, former MLB manager Clint Hurdle and Pastor Ed Glover.

Roethlisberger was interviewed by former Steelers player Tunch Ilkin, who’s now an analyst for the Steelers radio and TV broadcasts. After asking Roethlisberger about his recovery and the unusual offseason, Ilkin asked the QB about his faith. (You can register to watch entire video here; Roethlisberger’s portion starts at 38:40 mark.) 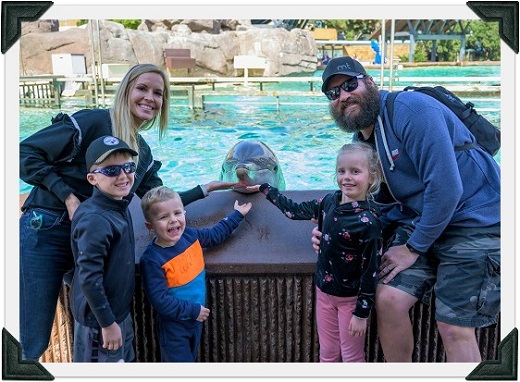 “Three years ago I got baptized,” Roethlisberger said. “I was baptized as a kid, my parents took me as a baby. But I didn’t make that decision. So three years ago now I made the decision to be baptized because I felt like I needed to do that. I wanted to have a closer walk, a better relationship with Jesus, with my wife, with my kids, with my family — become a better person. So I think the person that brought me to Him was Jesus. Jesus is the One who brought me back to Him, and I’m so thankful for it because I feel I’m a better Christian, a better husband and a better father today because of His forgiveness of me.”

Roethlisberger said he grew up going to church with wonderful Christian parents, and he gave his life to Christ in middle school. He says he didn’t stop believing in God when he went to college at Miami (Ohio) University, but church and his faith weren’t priorities for him.

When he gave his life completely to Christ as an adult, Roethlisberger said what he found was, “Joy. Happiness. Truly a new life.

“I think now more than ever it’s cool to be a Christian,” Roethlisberger continued. “It’s OK, especially for professional athletes.

“That’s what I’m trying to do now. I’m trying to be a better Christian than I am athlete and football player. I push myself to do that every day and it starts here (puts his hand on his Bible).”

Roethlisberger said that people sometimes don’t remember that athletes are human. They get put on a pedestal because they’re incredible athletes, but they too sin and struggle like everyone else.

“That’s what I think is important in my message to all the men out there watching this is that we all fall short. That’s what happens, but it’s OK. You can get back into the good graces and all it takes is an ask. And how easy it for us to use our words?…If we ask for forgiveness, He’s going to say, ‘OK.’ How lucky are we?”


You can watch video of Ben’s interview here, it’s free, you just need to sign up!

You can read more from Sports Spectrum – where sports & faith connect – here.