Home/News/Cookin’ for a cause
Previous Next

…make that a GREAT cause!

Local Pittsburgh celebs will be donning their chef hats, aprons and oven mitts for the “Celebrity Chef Cook-Off” on March 21st to benefit the Glimmer of Hope Foundation & the Allegheny Health Network! 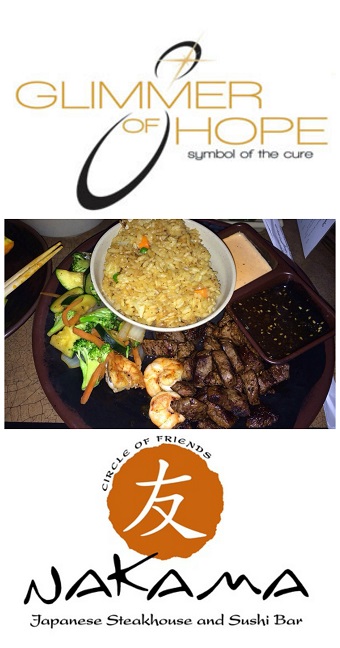 Nakama Japanese Steakhouse & Sushi Bar is proud to partner with Glimmer of Hope and Fame15 Creative to host this year’s “Celebrity Chef Cook Off” at their new Wexford location at 10636 Perry Highway.

This event has been crafted and proven to raise both awareness and funds that directly benefit the charity and those affected with the disease.

Bring your appetite between 6pm and 9pm! Ticket info is here.

Glimmer of Hope has been raising funds since 1994 with a single mission in mind, to unlock a future that is breast cancer free. Glimmer of Hope – the Symbol of the Cure is a 501c3 charity that has raised over 3 million dollars to support breast cancer research in Western Pennsylvania.

Now if this foundation sounds familiar to you, it’s because Heath Miller made it his cause after taking over for a retiring Alan Faneca – and Heath could always count on his teammates to be there for his fundraisers!


“Heath and Katie Miller have been so great to Glimmer. Truthfully, when Alan Faneca left Pittsburgh and he asked them to help me, they never hesitated. They were so gracious to help me and the Faneca’s continue with Bid for Hope. Their support has allowed us to have programs for young women with breast cancer that are saving lives. So grateful to them.” — Diana Napper, Founder and President, Glimmer of Hope Foundation.

Cook will be cookin’!

Artist Tom Mosser is putting down his paint brush and picking up a Santoku for this event as well! More celebrities & athletes will be signing up in the coming weeks!


Reserve your place & your plate now!!