NFL.com released the names of the top vote-getters so far for the 2011 Pro Bowl in Hawaii: 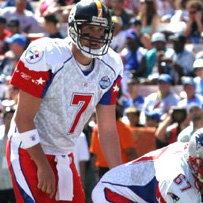 AFC quarterbacks with the most votes  –

There is one name missing off of that list, let’s put it on there!

Let’s get voting and send Ben back to Hawaii!