…starts with Congratulations to Brian Cooper, winner of the 2016 Arizona Open yesterday in Scottsdale, Arizona: 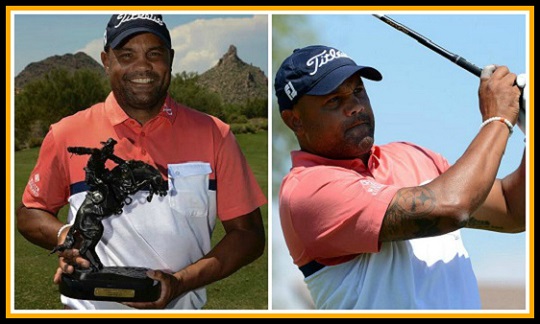 “Love showing my love for the Steelers. Especially while winning the 2016 Arizona Open.” — Brian.

Wait! You’re thinking that “Coop” looks familiar? He should! He’s been featured on Ben’s website more than a few times – He was one of our “Twitter Dads” on August 24th, 2014; He was our “Marksman” at Ben’s Charity Golf Tournament on June 23rd, 2014: And he was in attendance at Ben’s Foundation event on June 21st, 2015.

Gino Piazza has been having a really rough time of it lately with chemo, and was super excited when a BIG shoe from Big Ben arrived… 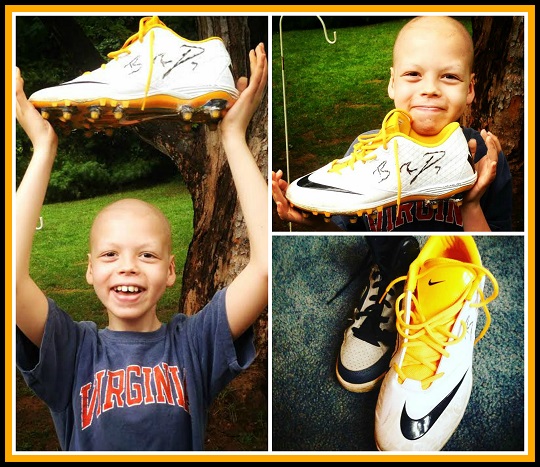 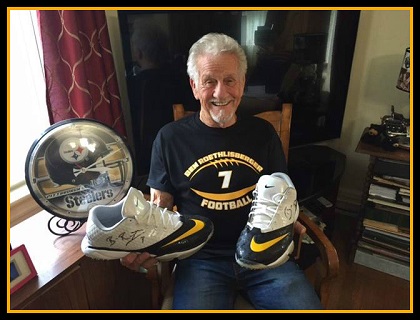 “My Dad couldn’t smile any bigger than he is here, after Ben sent him the pair of game worn shoes from the Steeler’s victory over the Bengals in the 2015 Wild Card game. As a life long Steeler fan and an individual that, when finances were extremely tight in 1974, emptied the family savings to buy equipment and start a community Pee Wee football program, in Camden, Ohio, he still enjoys catching every Steeler game. Bob Rush worked at Miami University during Ben’s career and retired a few years ago. His only tough decision right now is deciding if he should display these size 14’s in the family curio or wear them as house shoes!” — Vince Rush.

Of course start’em young is the best way – 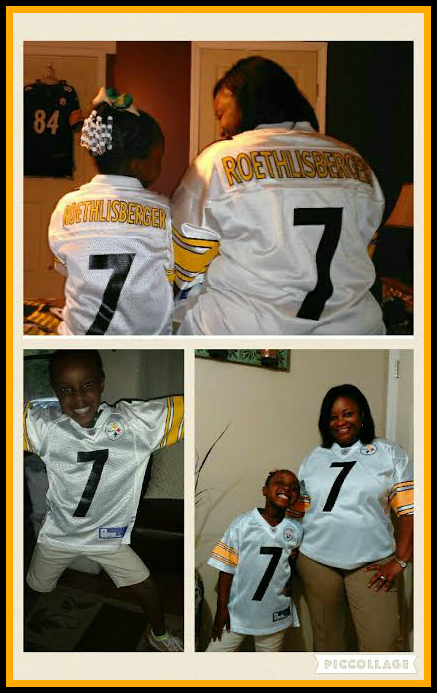 “Train them in the way they should go.. Passing down the knowledge of a Dynasty!” — Amanda Battle. 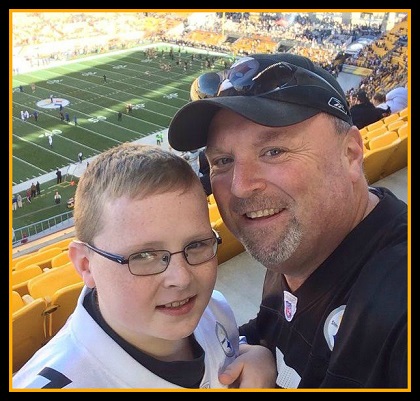 “The kid is me and on the right is my dad, Keith. This was taken on October 26, 2014 at the Steelers vs Colts, and I would like to say, it was our first game and it was amazing!! The energy you get off the crowd – it was amazing!!” — Evan.

Have a great week, Steeler Nation! Thank you for sharing these great photos with us!