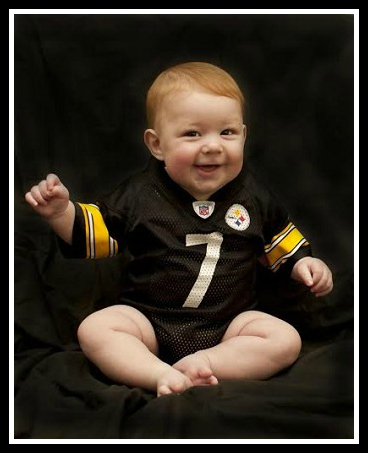 Check out this little fella!! He looks like he may be protecting a QB on the field some day!! This is Joe Footdale’s awesome little grandson (and best pal), Ryan Richard Haddock. 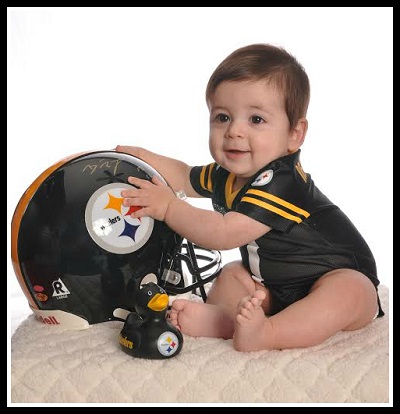 Tony Sedenes’ wife bought him an autographed helmet from Ben for his birthday…and for Valentines Day, had photos of their little man, Dean, posing in his #7 onesy and Dad’s birthday present!!! 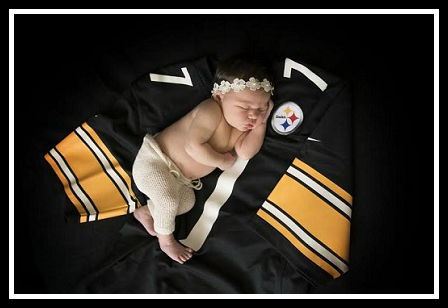 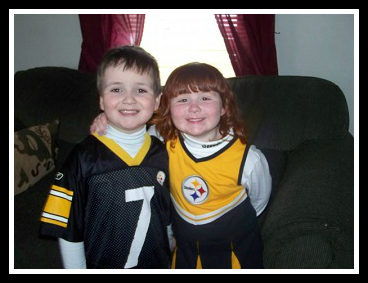 
You can see more photos, including some awesome “Ben” artwork, here. 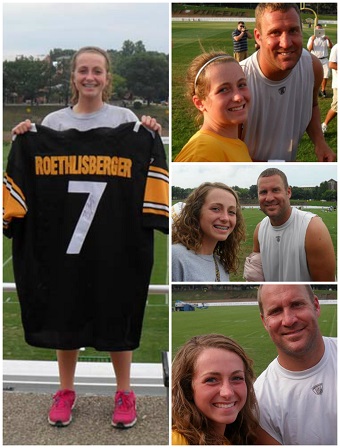 Sami Wilhite, shown here with Ben at Steelers training camp in 2011, 2012, 2013 & 2014, has not only been following us since the unoffical fan site days of BigBenNews.com, but has been sharing her photos with us as well!

“I went to training camp August 7th and 8th at Latrobe. Once again I had the chance to meet Ben. He was very cool and came to me first to sign my jersey out of everybody. Ben was messing with me and said it was “Okay” to give him the jersey to sign because he wasn’t going to take it, LOL. We had a laugh and he was kind enough to take a picture with me. Once again thank you!!!!!” — Sami, August of 2013.

And we’re not just talking about training camp photos. She also shared photos from home, like this one of her family’s ever-growing Steelers football helmet collection!

Happy Sweet 16 Sami, and thank you so much for supporting #7 and his website for so long!!

A different kind of SHOUT-OUT today!

Another long-time fan contributor, Brian Goodson, whose little son is featured in the Lil’ Fans album this month, is asking for Steeler Nation to pray for his high school football coach: 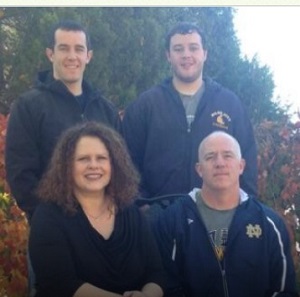 “Dan or as many know him, Coach Stanton, is a man who continues to touch the lives of many every day in our community. He has been a coach and a teacher at CCDHS in Miles City, MT for many years. Dan and his wife Kim have two sons, Kyle and Kasey. Seven years ago Dan had a brain tumor removed. Recently Dan found out it came back.
He is currently in San Francisco for surgery that was scheduled this week.

He’s a big inspiration to everyone in the town of Miles City. Dan Stanton has done so much for the kids of the town and is one hell of a coach. I for one can’t give back as much as he has for myself and others. I’ve been trying my hardest to get the word out of him. The tumor is at the back part of the brain in the area that controls and sends signals to your body. Coach Stanton has been through so much and I wanted to do something special for him and getting his name out to Steeler Nation for thoughts and prayers.

Thank you coach Stanton for everything you have done for myself and others.” — Brian Goodson.