This is my school, you know. It’s an honor to be a graduate, an alumnus. It’s something I’m hoping my kids can come back in 15-20 years and see their name on the field and it means something to them too. — Ben

From the Miami RedHawks site:

With the skies opening up over Yager Stadium, Miami fans were quickly introduced to the Dauch Indoor Sports Center on Saturday. 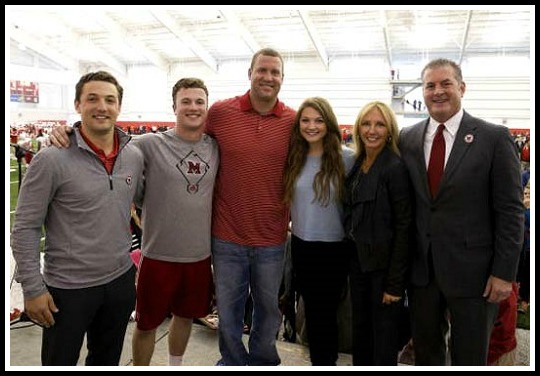 As the downpour continued outside, fans surrounded the RedHawks as they went through their various drills on Ben Roethlisberger Field. The 14-period scrimmage included several 11-on-11 sessions that gave the MU faithful a promising glimpse into next fall.


You can enjoy more photos here.

(Photo above: Ben poses with the Dauch Family)


And after the ceremony….


Another RedHawks Football star shared his photo with us! 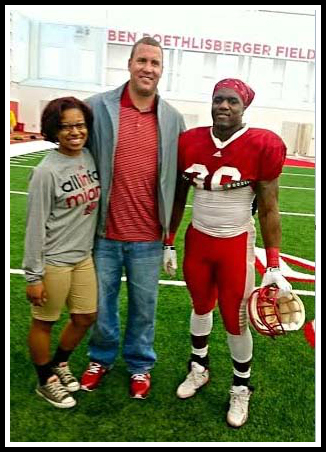 Paul Moses @_MANimall
I feel so blessed to be able to play this game at this level. I wouldn’t trade my team for anything @_BigBen7 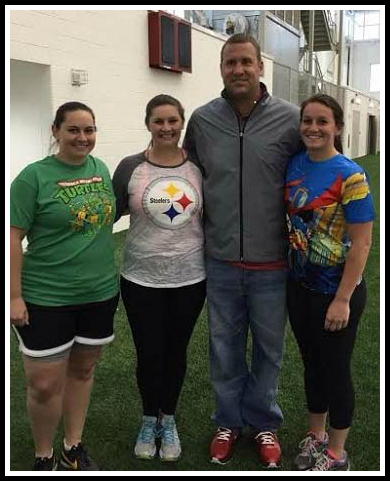 
And of course, the day would have not have been complete without a photo of Ben, MU Officer Keith Hibbard and K9 Figo! 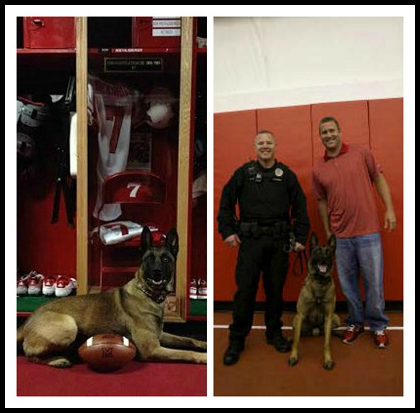 On December 4th 2014, Ben announced that his alma mater, Miami University, would be receiving a grant from the Ben Roethlisberger Foundation. At the time, MU Officer Keith Hibberd thanked Ben for his generosity:


“Thank you Ben for giving back to your alma mater, Miami University, and supporting our mission of keeping our campus and surrounding communities safe.”

The grant will be used for training that will not only benefit MU, but surrounding agencies who will be able to train at venues on the campus.


*Thank you again to MU and all those that shared their photos!!