It’s been a busy month, but we got ’em in just under the wire! Whew!


The gang’s all here! 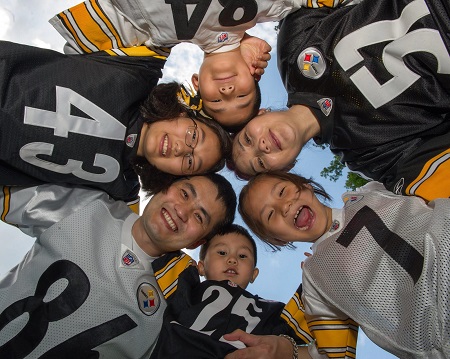 
“We currently live in Centreville, VA. We’re originally from Mongolia, but we like to joke that our family population is equally divided between the Mongols & the Americans as three of the kids were born in the US (only Nomin was born in Mongolia). Funnily enough, I liked the Steelers because their colors were my favorite colors first. I became a football fan because of the Bus & Hines Ward & we’ve been following the Steelers well over 13-14 years now. We’re currently living in the Washington Redskins territory along with many other Steelers fans. :)” — Bat-Erdene.

So let me see if we have this straight… 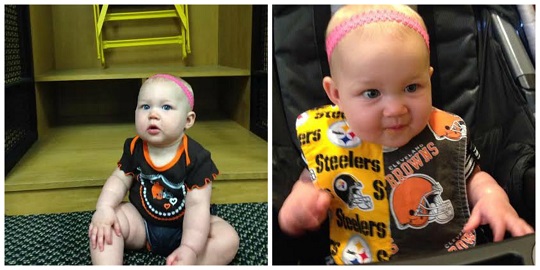 Ryan Kennedy @Ryan_Kennedy22 Aug 5
She was not pleased that I put her in front of @_BigBen7 locker. #Browns #Steelers #NFL #BabyDivided

But as one Steelers fan said on Twitter, if you think she’s unhappy now, wait until she finds out she’s a Browns fan! 😉


This groom and his groomsmen are #SteelerStrong! 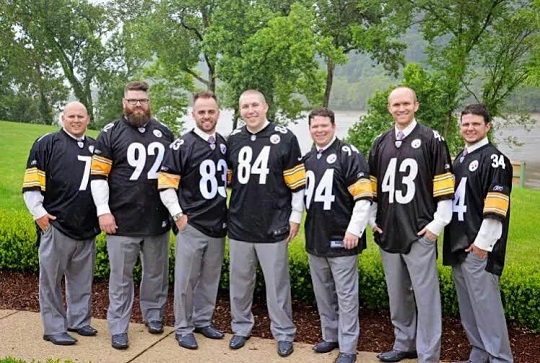 
A Steelers vs Seahawks wedding?

Marky McFly ‏@_zun19a Aug 20
My SEA’12’ wife surprised me and brought Pittsburgh to WA for our wedding! @CityPGH @_BigBen7

(Hey? who let that groomsman sportin’ the 49ers shirt in the photo?) 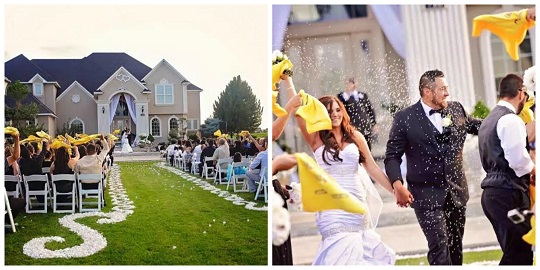 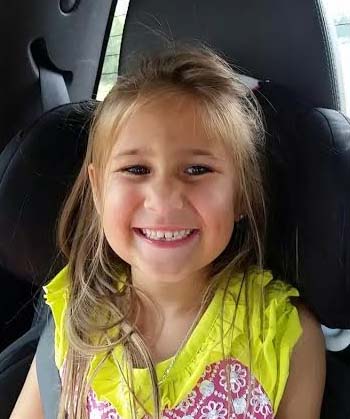 
Did someone say face painting? 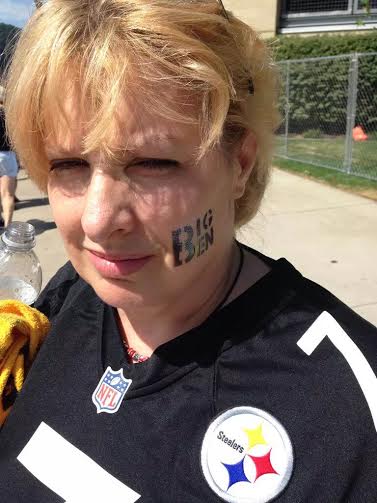 
So what do you do when you own a “boring” SUV? 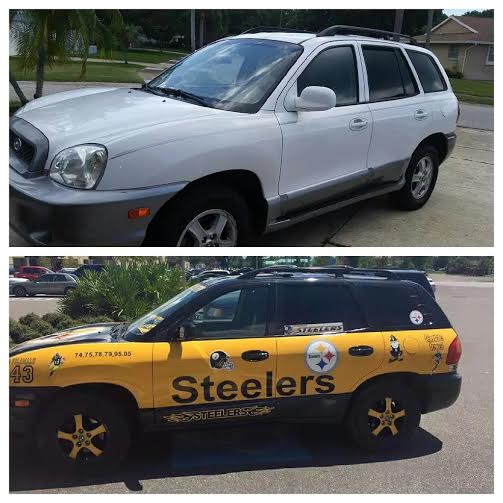 
And check out the Cheer Babies!!

Aaron C. King ‏@marine201600 Aug 14
@AntonioBrown84 @CamHeyward @_BigBen7 can my daughters get a RT for their team spirit? #StartingThemYoung #Steelers

As cute as they are? Of course they can…and they did!


You can see more great fan photos right here (pages 1 & 2)! Thanks everyone!!