Home/News/Ben: “I feel like I’ve grown up a lot”
Previous Next

From the column of the Pittsburgh Post-Gazette’s Ron Cook this morning: 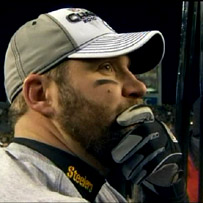 There’s not much doubt about how Ben Roethlisberger will perform on Super Bowl Sunday.

The big question is how Roethlisberger will act after the confetti has stopped falling in Cowboys Stadium and the bright lights have been turned out. Win or lose the game, the Big Ben persona will be back, bigger and stronger than ever.

So will the new Big Ben be a kinder, gentler human being after this Super Bowl?

“Absolutely,” Roethlisberger said, firmly. “I feel like I’ve grown up a lot.”

This was during a quiet moment in the locker room after practice last week. Roethlisberger talked openly for the first time this season about the old Big Ben and the Big Ben he anticipates being in the weeks, months and years ahead.


You can read Mr. Cook’s column/interview with Ben here. 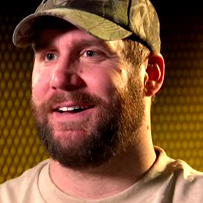 Ben’s interview with Merril Hoge will be shown this morning on ESPN‘s SportsCenter at 10:00 a.m. and again during “Sunday NFL Countdown” which begins at 11:00 a.m.!

Update: If you missed it, you can check out a portion of his interview here.