Ben’s foot injury is not expected to keep him out of Pittsburgh’s game against the Titans this Sunday. An MRI on Monday revealed that injury was a sprained foot, and not a fracture.

From Coach Tomlin today during his press conference: 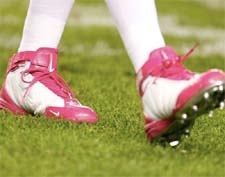 “Ben had his foot x-rayed, MRI, thankfully nothing is broken,” said Tomlin. “It is a sprain. It may limit him at the early portions of the week. We anticipate him being able to participate in this football game.”

When pressed for more details, Coach Tomlin added that the team will also get backup Charlie Batch ready if needed.

The Titans are expecting Ben to play, boot or no boot.

“We all know what he’s accomplished and what a great player he’s been in this league and how he’s played with injuries,” said coach Mike Munchak. “We’re assuming he’s going to be healthy and ready to go.”


As for Ben playing hurt….

Wide receiver Mike Wallace didn’t notice a difference in Roethlisberger’s presence other than the noticeable limp with which he walked to the line of scrimmage. 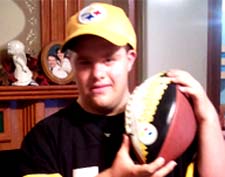 To 16-year old Zach Kern! According to his father Dean, Zach loves watching the Steeler’s play (with dad of course), and always has his Terrible Towel in hand to wave during the games.

Zack has surgery tomorrow morning (Wednesday) at 7:15am at St. Francis Children’s Hospital in Tulsa, Oklahoma.

Please pray for a successful surgery and a speedy recovery for this Big Ben and Big Steelers fan!

From his dad, Dean –

“Zach’s out of surgery, and in recovery now. Doctor said everything went well, and based off what he saw he thinks the biopsies will be benign. THANK YOU for all the prayers!!!”