Today, Ben announced the third grant of the 2014-15 season from The Ben Roethlisberger Foundation at The Giving Back Fund. The Foundation will be distributing a grant to the Jacksonville Sheriff’s Office where the Steelers will play the Jaguars on Sunday, October 5th.


“We are very appreciative of The Ben Roethlisberger Foundation’s approval of our grant request for a police service dog. The timing is excellent, as we are about to retire a PSD who has reached the end of his service life. Thank you for your appreciation of these valued canines, as they are a tremendous asset to law enforcement and first responder organizations nationwide.” — Jacksonville Sheriff John Rutherford. 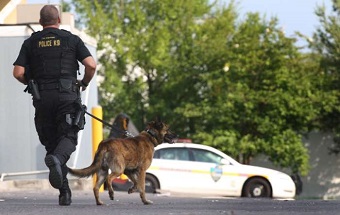 The Jacksonville Sheriff’s Office will apply the grant funds to the purchase of a new dog they plan to have certified in patrol and bomb detection.

During the 2014-15 NFL season, The Ben Roethlisberger Foundation will be distributing grants to K-9 units of police and fire departments in the cities and surrounding communities of each regular season away game for the Steelers. The Foundation will also distribute several grants to the Pittsburgh area and will consider a grant to a non-NFL market city in the United States for each playoff game in which the Steelers compete. Ben invited police and fire departments across the country to submit proposals detailing their needs.

This marks the eighth season that The Ben Roethlisberger Foundation has distributed grants to K-9 units. The mission of his foundation is to support K-9 units of police and fire departments throughout the United States with a particular emphasis on support for service dogs in Pittsburgh, PA. Ben and the Foundation also strive to support Make-A-Wish.


You can read more info on Ben’s foundation here, and The work of The Giving Back Fund here.

A BIG Shout Out is in order…

to the Pittsburgh Steelers Fan Club of Austin, Texas for their donation to The Ben Roethlisberger Foundation!

“I am the organizer for the Pittsburgh Steelers fan club here in Austin, Texas. I am from Butler (north of Pittsburgh) and we have been running this fan club for seven years here in Austin. We have over 350 members in our fan club and get together to watch the games in our black and gold every week.

For the opening game, since it was Chuck Noll Day in Pittsburgh, we raffled off an autographed Chuck Noll photo and donated the proceeds to Ben’s foundation ($155). Everyone was super excited to do this and support the work of Ben’s foundation.

Just wanted to let you know that even down in Texas, we support the Steelers and Big Ben!!” — Jackie Huba, fan club organizer.


Thank you so much to Jackie and the Steelers Fan Club of Austin, Texas!!

And how about this sweet Shout-Out?

Who wouldn’t want to be mentioned in a magazine dedicated to candy!! 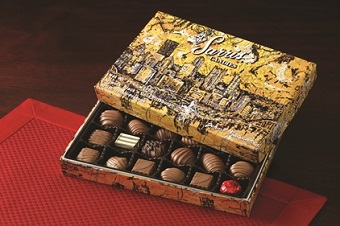 Sarris Candies and The Ben Roethlisberger Foundation are joining forces to raise money for K-9 units across the country.

“Giving back to the community in which we live has long been a core belief here at Sarris Candies, and we’re excited to have the opportunity to have a little influence and encourage people to support and donate to such a worthy cause,” says Sarris Candies President Bill Sarris.

With every purchase, the chocolate company will donate 25 percent to The Ben Roethlisberger Foundation.

Roethlisberger says the Foundation is excited to work with “local favorite” Sarris Candies in supporting K-9 units, which tend to be underfunded and rely on donations to continue protecting the community.

To ensure a portion of the purchase goes toward the Foundation, shoppers must enter the group code “77-777” when visiting the company’s dedicated fundraising website sarriscandiesfundraising.com. The current fundraising campaign runs through Dec. 31 and features Halloween and Christmas items in addition to the usual products. In January, Sarris Candies will launch the second campaign, highlighting Valentine’s Day and Easter candy. That campaign will last through spring.


You can read more here, and check out Ben’s announcement here.