Today, Ben announced the eighth grant of the 2011 season from The Ben Roethlisberger Foundation at The Giving Back Fund. 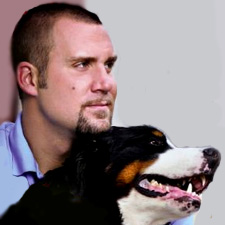 The Foundation will be distributing a grant to the Cleveland Heights Police Department near Cleveland, Ohio where the Steelers will play the Browns on Sunday afternoon.

The Cleveland Heights Police Department’s K-9 division will utilize the grant to provide for the purchase and training of a new canine, as well as a K-9 ballistic vest.

Cleveland Heights Chief of Police Jeffrey Robertson said, “The K-9 will be a great addition to our department, not only on the law enforcement side, but in our continued initiatives in community policing programs. I look forward to seeing our new K-9 in our elementary schools visiting with the kids and allowing our officers to interact with the younger residents of our City.” Chief Robertson added, “On behalf of the Cleveland Heights Police Department, I would like to thank the Ben Roethlisberger Foundation for selecting our department as the recipient of a grant.”


“It’s an awesome honor for him. With the high-caliber guys we have in this locker room, there were a handful of guys who probably could have gotten it. It speaks volumes of a young guy to step up and do the things he’s done. Look at what he’s done in the receiving game and look at what he’s done returning punts and kickoffs. With every kickoff and punt return, you think on every single one that he has a chance to take it back all the way or at least get you good field position. It’s so exciting to see him do it.” — Ben 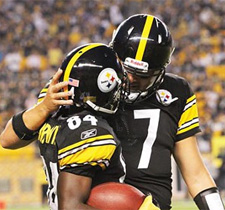 Steelers wide receiver Antonio Brown was recognized for his outstanding play today by his teammates who voted him the team’s 2011 Most Valuable Player.

It is the first time in Brown’s two-year career that he has received the honor, and he became only the sixth Steelers’ wide receiver to win the award in the last 40 years.