Today, Ben announced the eighth and ninth grants of the 2014-15 season from the Ben Roethlisberger Foundation at The Giving Back Fund.

The Foundation will be distributing grants to the Oneida Police Department and the Putnam County Sheriff’s Department outside of Nashville where the Steelers will play the Titans on November 17th on ESPN’s Monday Night Football. 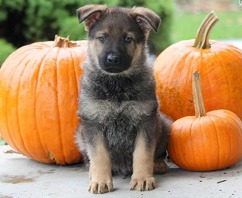 The Putnam County Sheriff’s Office will purchase a dual purpose dog and two safety vests for its K-9s, while the Oneida Police Department plans to fill the void left in their unit with the passing of their only dog this past May.

Putnam County Sheriff Eddie Farris said, “As Sheriff of Putnam County, Tennessee, I am proud and honored to lead the agency that has been chosen as a recipient of a Ben Roethlisberger Foundation K-9 grant. The citizens of Putnam County rely on our agency to provide a safe community. To achieve this, it is vital for us to have quality trained personnel and resources. The Ben Roethlisberger Foundation grant will enable our agency to retire one of our older K-9s and purchase a new narcotics/patrol dog as well as pay for the necessary training and certification for our handlers and equip our patrol dogs with safety vests.”

K-9 Officer Steven Ward of the Oneida Police Department said, “In May of this year, the Oneida Police Department’s narcotic dog, Jinks, suddenly passed away while on duty. Our department is small and we have a very limited budget. Due to the high cost, we were concerned that we may be unable to purchase a new narcotics detection dog. But thanks to the kindness and generosity of The Ben Roethlisberger Foundation, our K-9 program will continue to play an important role in our schools and community.”


Fans of The Ben Roethlisberger Foundation can support future K-9 grants by purchasing candy on Sarris Candies’ website, (www.SarrisCandiesFundraising.com), using a special purchase code (77-7777). Sarris will donate 25% of the purchase price to the foundation.