Big Ben – a member in good standing of D.A.D.D.

Home/News/Big Ben – a member in good standing of D.A.D.D.
Previous Next

Big Ben – a member in good standing of D.A.D.D. 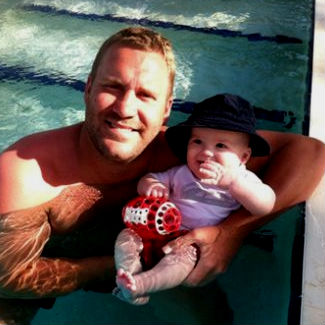 What scares Ben Roethlisberger more than a 300 pound lineman?

How about a dirty diaper.

KDKA-AM’s Larry and John caught up with Steelers quarterback Ben Roethlisberger at training camp, and he talked about being a father.

“It’s truly amazing how fast they grow up and how much they change every single day, especially here at camp where I’ve seen him twice in a matter of ten days,” says Roethlisberger.

“It’s just crazy how after practice the other day he was at the end of the field and he gets a big smile on his face when he sees me. It just warms your heart, everyone that’s a father out there knows that there is a special love for, not just your child, but for a son.”

And what about those diapers?

“I’ve changed my share of diapers and have had my fair share of messes on me so I have no problem with that,” says Roethlisberger.

For Roethlisberger, camp is a chance to get in season shape and assess the talent he has at his disposal.

“It’s nice to come out here and get some pads on, see some hits, and see what the young guys can take.” says Roethlisberger. “I’m seeing these young guys do some really neat things.”


You can listen to Ben’s full interview here.

You can see a collection of Ben’s family photos in his album here.