Home/News/Big Ben on WDVE
Previous Next

“We had no clue about Pittsburgh…when that phone rang, we had no clue!” — Ben on Coach Cowher calling him at the Draft.

Ben joined the DVE Morning Show to talk about his draft day:

“It feels weird, every time I’ve done this show you’re always like ‘Your quarterback, number 7′, and I’m just Ben now!
If you get Willis, you’re gonna be like ‘The new number 7,’” he added.

Of course, Roethlisberger was the 11th overall pick in the 2004 NFL Draft, a class that was deep with quarterbacks.
When asked if he had any idea where he would end up heading into the draft that year, Ben said they were sure it would be New York, but when that didn’t happen, they thought Buffalo would be next on the list.

“The call from Pittsburgh really kinda caught us off guard.” 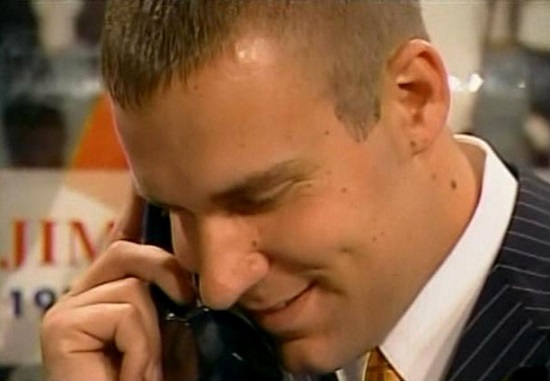 He also recalled being in the green room when the Chargers selected Eli Manning as the first overall pick, despite the Mannings saying they wouldn’t be going there if that happened.

They also talked about how big the media coverage of the draft is now compared to 2004. Ben said his class went through the same things guys are going through now (like measuring of hands, etc.), but it just wasn’t reported on then like it is these days. Players didn’t have social media back then, either.

A highly debated topic for Steelers Nation leading up to the 2022 NFL Draft has been ‘Will the team select a QB with their 20th overall pick?’ Malik Willis and Kenny Pickett are two names that come up a lot, but Ben questioned whether or not either would be left at that point, but said if they were, it’s possible.

He also added, “If there was really good center out there, I think you could go get him and move Kendrick (Green) to guard.”

And when asked if he would be pulling a Tom Brady and rescinding his retirement announcement, Roethlisberger said, “First off, my coach and GM don’t want me back. Second off, I’m pretty content with where I’m at, being a bus driver, making lunches in the morning…”


You can listen to Ben’s full awesome & funny interview here.