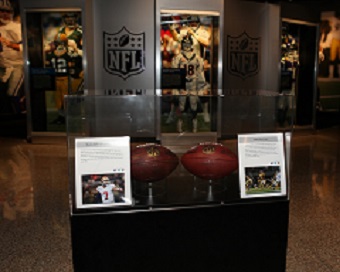 It is 102 miles from Heinz Field to the Pro Football Hall of Fame in Canton, Ohio, but this week 522 yards was enough for Ben Roethlisberger to span that distance.

That’s because one of the game-used balls from his record-setting performance Sunday against the Colts has been added to the display collection at the hall.

Against Indianapolis, Roethlisberger became the first player in NFL history to throw for 500-yards twice in a career and the first Steeler to throw for 6 TDs in a single game.

Congratulations to Ben for being named the FedEx Air Player of the Week!

And thank you to all who voted!