Which means it’s time to check out some great photos from Steeler Nation: 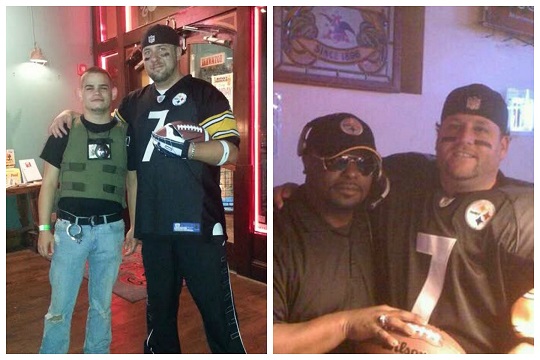 Several #7’s will be scrambling to find candy tonight: 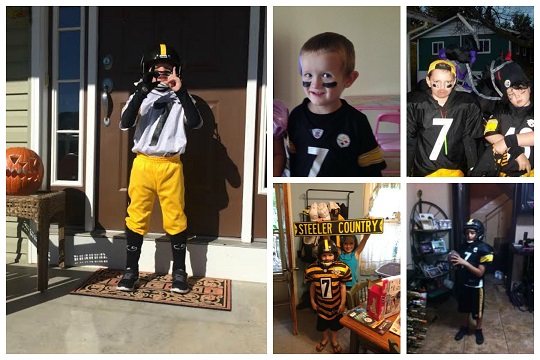 6-year old Cohen Rogers insisted on dressing up as Ben for Halloween this year (doing that in Browns country isn’t easy). He’s doing his “Big Ben post-touchdown” impression for us.

Meghan Kamlowsky tells us her 2-year old son (top middle) loves Ben! “He watches him play every game! He pointed at Ben when I asked him what he wanted to be when he got big!”, said Meghan.

The two game-face dudes (top right) are Stone Cole as Big Ben & Shane Cole as Troy. They are all business so get them some candy!!

Bodie Decore and big sister Emmy Decore (bottom center) from Shawnee, OH can’t wait for it to get dark! Come on Halloween, lets get started!

It’s all about Steelers football for this family! 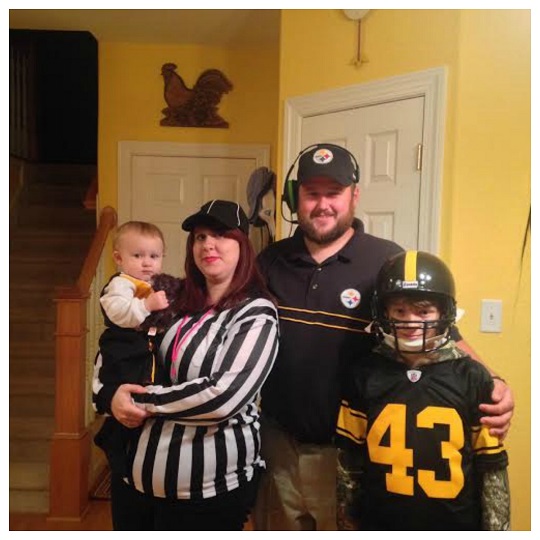 The Poulter’s are ready to hit the field…or rather the neighborhood! Left to right: 1-year old Lily is a cheerleader, Alexis as a referee, Mike is a coach (kinda looks like Coach Arians), and 10-year old Sean as his favorite player, Troy Polamalu. 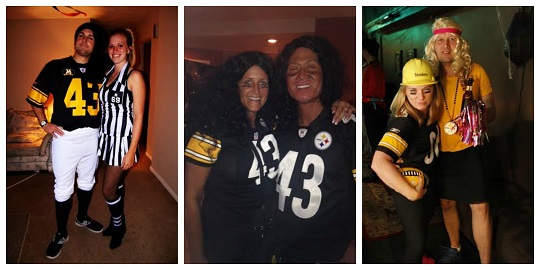 Ryan and Kayla Dinkheller as Troy and a very friendly referee!

The center photo came to us simply as “Mr. & Mrs. Troy”, who are very excited to be attending Sunday’s game against the Ravens from their home in Laguna Niguel, CA! have a great time Mr. & Mrs. Troy! 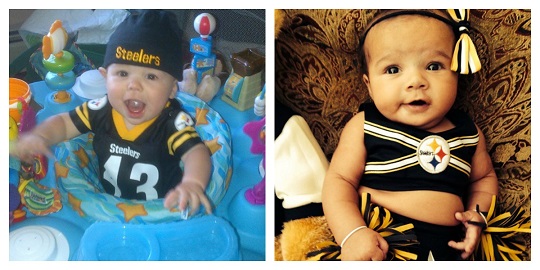 8-month old Noah Davis is giving us his best Troy-after-a-sack look! And 6-month old Paisley Nicole Stone hopes that by the time she is old enough to try out, the Steelers will have cheerleaders! But for now, she’s content to cheer from home in Port Saint Lucie, FL.

Who let the dogs out? 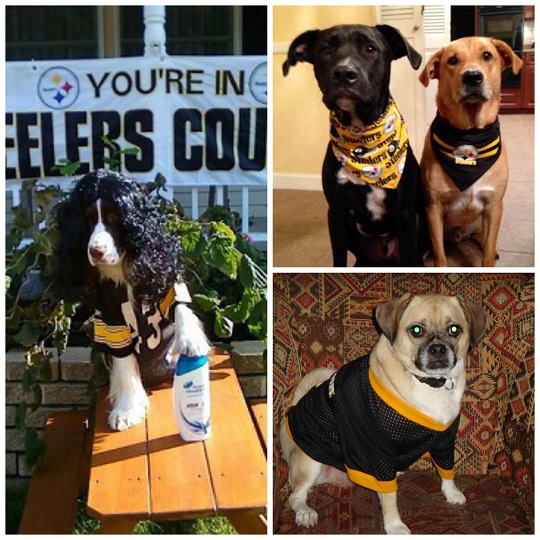 When your name is Polu Bow Wow how can you NOT go as #43? (after washing your fur with Head & Shoulders first).

Now Chuck and Norris (top right) just want to know if anyone is giving cats out tonight!

And Mugsy (bottom right) won’t wear anything BUT a Big Ben jersey when she heads out the door for some Halloween hi-jinx! 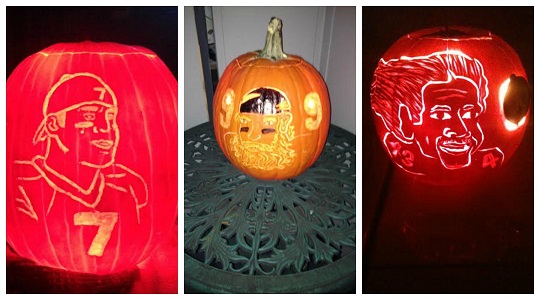 The Meyers Family know how to draw a crowd to their Beaver, PA home on a Halloween night! Patriarch George Meyer sent these great pumpkin carvings to us.


*It’s not too late to send your photos – email them to us through the weekend at BigBen7website@gmail.com and we’ll get them posted in his album.