Home/News/Congratulations to Ben!!!
Previous Next 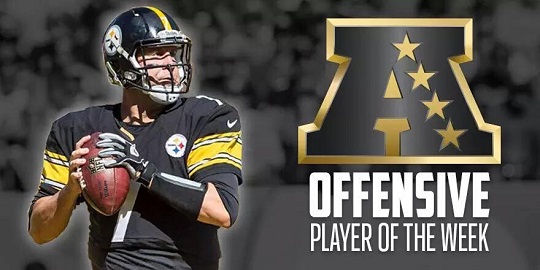 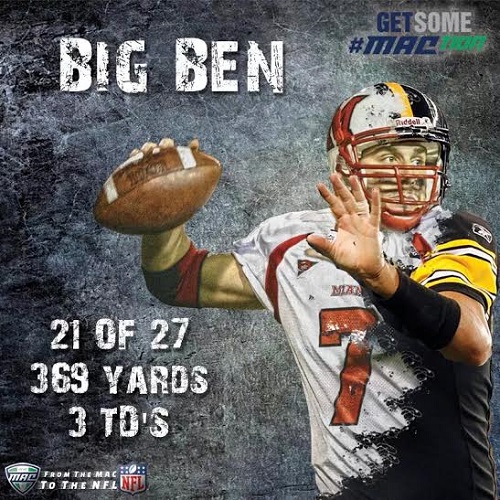 #MACtion ‏@MACSports
Congrats to Miami alum Ben Roethlisberger on being named the NFL’s AFC Offensive Player of the Week! #MACtion

This is the 12th time he has been named AFC Offensive Player of the Week, and the first time since taking home such honors in back-to-back weeks (Weeks 8-9) in 2014.

It’s Wednesday, and that means Ben spoke to the media after practice –

You can read a recap of his interview here.