Today Ben announced the second grant of the 2015-16 season from the Ben Roethlisberger Foundation at The Giving Back Fund. The Foundation will be distributing a grant to the City of Hazelwood just northwest of St. Louis where the Steelers will play the Rams on September 27, 2015.


“The acquisition of a new canine will enable the HPD to improve its narcotic drug investigation and crime suspect apprehension capabilities in order to keep Hazelwood a safe community for its citizens.” — Greg Hall, Chief of Police, Hazelwood Police Department.

The Hazelwood Police Department (HPD) will apply the grant funds to the purchase and training of a new dog for their K-9 unit. 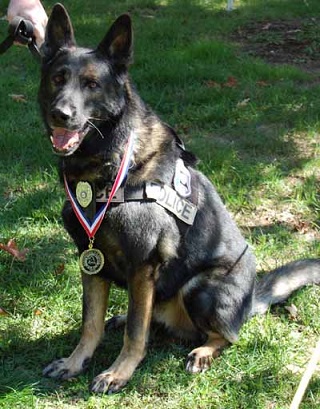 During the 2015-16 NFL season, The Ben Roethlisberger Foundation will be distributing grants to K-9 units of police and fire departments in the cities and surrounding communities of each regular season away game for the Steelers.

The Foundation will also distribute several grants to the Pittsburgh area and will consider a grant to a non-NFL market city in the United States for each playoff game in which the Steelers compete.

The Ben Roethlisberger Foundation invited police and fire departments across the country to submit proposals detailing their needs.

Hazelwood Police Captain, Mark McKeon, said, “I would like to thank the foundation and its employees for the great honor in being selected for this canine grant.”


Photo: That’s Hazelwood Police K9 “Onyxx”, who is looking forward to having a new co-worker!