Home/News/Congratulations to Ben
Previous Next

…and several of his teammates! 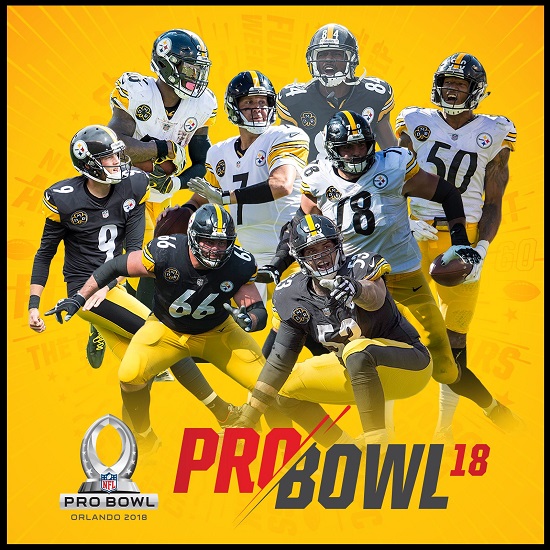 The Steelers are tops in the NFL with eight players selected to the 2018 Pro Bowl.

An early Christmas gift came for Steelers’ players when they were selected to the 2018 Pro Bowl. Eight players, the most the team has had since 2005 when nine were selected and the most of any NFL team this year, were voted in.

Le’Veon Bell, Chris Boswell, Antonio Brown, David DeCastro, Maurkice Pouncey, Ben Roethlisberger, Ryan Shazier and Alejandro Villanueva were all selected to the AFC squad in the annual game. All but Roethlisberger and Shazier were voted in as starters.

This is the 17th straight season the Steelers are sending multiple players to the Pro Bowl, and the 26th time in the last 29 seasons. 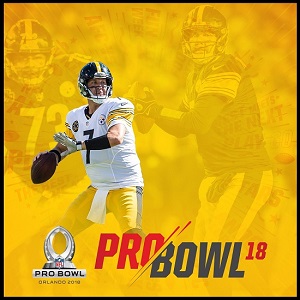 He is the AFC’s sixth leading passer with a 92.2 quarterback rating, but his 340 completions and 4,025 yards rank second in the conference.

“Ben, that’s my guy,” said Brown. “Ben’s our leader. Ben’s a Hall of Fame quarterback. He is so much fun to play with. He made some amazing throws. He makes them every day. He is a general, a warrior, a leader. I am glad I got to play with him for a lot of years.”

Roethlisberger was named AFC Offensive Player of the Week for his performance against the Ravens in Week 14, when he led them to a 39-38 come-from-behind win. Roethlisberger completed 44 of 66 passes, both career highs and team records, for an incredible 506 yards. Roethlisberger threw for two touchdowns, and no interceptions, against a defense that was No. 1 in takeaways and ranked No. 1 in interceptions in the NFL going into the game.

Roethlisberger’s 506 yards passing also marked the fourth 450-yard or more game of his career, tying Dan Marino for the most in NFL history.


More on those selected here.