Congratulations to the Pirates!

Home/News/Congratulations to the Pirates!
Previous Next

Congratulations to the Pirates!

The Pirates secure their first winning season since 1992 with 1-0 win over the Texas Rangers!


From Michael Sanserino at the Pittsburgh Post-Gazette this evening: 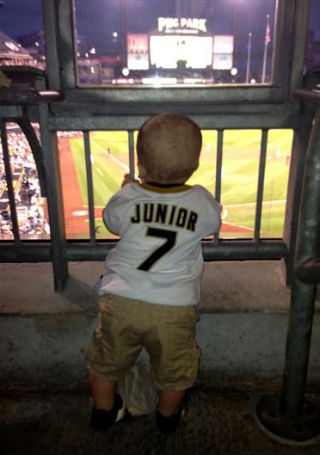 The Pirates clinched a winning season, their first in 21 years, with a 1-0 victory Monday night against the Texas Rangers, putting an end to a two-decade stretch of ugly baseball that turned one of the game’s most celebrated franchises into one of the most ridiculed.

Now they have their sights set on a National League Central Division crown — they trail the St. Louis Cardinals by one game in the standings with 19 games remaining. At the very least, the Pirates are in good position to secure a playoff berth for the first time since that 1992 campaign.