Debut: The Ben Roethlisberger Show on 93.7 The Fan

Home/News/Debut: The Ben Roethlisberger Show on 93.7 The Fan
Previous Next

Debut: The Ben Roethlisberger Show on 93.7 The Fan

The Ben Roethlisberger Show made its grand debut this morning as part of Sportsradio 93.7 The Fan’s Vinnie & Cook.


Ben discusses Sunday’s game, the injury to Maurkice Pouncey, his respect for Kelvin Beachum, his hopes of getting Heath Miller back soon, the Monday Night Football game against the Bengals, facing James Harrison, and the Pirates winning season! 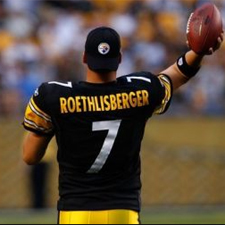 While the offensive line had its struggles, Ben explains why he still believes in that unit, and admits that he is proud of Kelvin Beachum, who stepped in for an injured Maurkice Pouncey.

“Steeler Nation needs to appreciate what it took and what he did,” he says of Beachum. “I haven’t taken one snap with him in practice. That guy has been playing tight end, guard, and tackle for the last two weeks, and in the heat of battle we ask him to come over from practicing tight end all week to becoming your starting center. You have to take your hat off to that guy.”

“You watch ESPN, and when they’re talking about the Monday night game they show me with my head down and I know exactly when that was. I have a lot of things to motivate me, and this game last year is one of them. I’m going to prepare to have my best game and do what I can to have my best game.”


You can listen to the full podcast here!

Catch the Ben Roethlisberger Show every Tuesday at 11:00 am with Vinnie & Cook on Sportsradio 93.7 The Fan!