Interview with KDKA this evening

Home/News/Interview with KDKA this evening
Previous Next

Interview with KDKA this evening

One more preseason game and then it all begins – the quest for a 7th Lombardi Trophy. That road already has some potholes as we have seen injuries to both David Johnson and No. 1 pick David DeCastro.

KDKA’s Bob Pompeani spoke with Ben Roethlisberger about a lot of topics, including DeCastro’s injury which in his mind had a lot to do with the condition of the turf in Buffalo.


You can read more from his interview here.

From Alex Rieger, at the Western Courier: 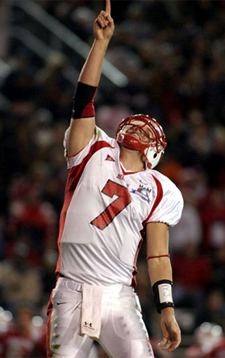 Recruited to Miami of Ohio in 2003 on a scholarship, Elliot played quarterback and wide receiver for the Redhawks while he earned a degree in kinesiology and health with a minor in coaching. That same year he played behind future two-time Super Bowl champion and two-time pro-bowler Ben Roethlisberger. Even though he didn’t know him well, just playing behind “Big Ben” and watching his demeanor helped him develop as a young quarterback in the Mid-America conference.

“Whenever you’re with one of those elite athletes, it makes your game better,” he said.

This was in 2003 when Elliot wasa freshman and Roethlisberger, then a senior, was in his last year before getting drafted to the Pittsburgh Steelers in 2004.

“Just watching a guy like that – wasn’t like he was a coach. He was a veteran and a tremendous talent. I learned a lot just by taking mental reps with my eyes. That helped me out as a young quarterback.”

Being at a highly competitive school, Elliott didn’t see time as quarterback, but in his senior year, the year Miami Ohio was the conference co-champions, Elliot played wide receiver and garnered nine receptions for 105 yards. Now he’s a teacher of the game, a husband and soon-to-be father. He lives with his wife on the outskirts of Macomb with their dog Oxford, prepared and excited about being a parent.

Twenty-some years ago in the burg of Ada in Hardin County, Greg and Carla Dysert put a football in the arms of their son, Zac, for the first time.

At Ada High School, Dysert became a legend by throwing for 11,174 yards and 100 touchdowns. He threw for 35 touchdowns as a senior despite missing 31/2 games because of a broken thumb.

Now a fifth-year senior at Miami University, Dysert is chasing a legend. Ben Roethlisberger, who has two Super Bowl rings as the Pittsburgh Steelers’ quarterback, holds the RedHawks’ record for yards passing in a career with 10,829.

“You try not to think about things like that, but they are in the back of your head every so often,” he said. “It’s just a privilege to be in the conversation with Ben Roethlisberger. If you play the game the way you are coached, all those things will take care of themselves.” 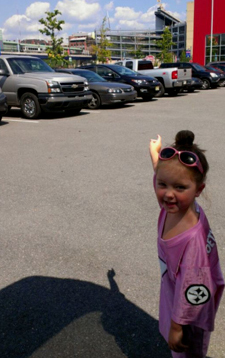 “My family lives in NC and we planned on taking our little girl Lila to her first Steelers game last year. Unfortunately, Lila’s kidney shut down, and we spent our vacation and Children’s Hospital of the King’s Daughters instead. You actually gave me a shout out on Facebook before her surgery.

‘Well…Lila is doing much better now! We are about the celebrate her 5th birthday. We just took a road trip to Minnesota to take her brothers (who spend every summer with us) home, and on the way home we stopped in Pittsburgh to show Lila where “her Big Ben” plays (that’s Miss Lila pointing towards Heinz Field).

“We look forward to re-booking the vacation we missed, and bringing Lila to her first game this winter! Thanks for all you do, Erin, and thanks to Ben for unknowingly bringing smiles and excitement to many, especially our little girl!!” — The Chapman Family


You can see all of BigBen7.com’s Lil’ Fans here.


“When practice was over Ben was the first to run up to Brandon! I think he was trembling! Then the whole team surrounded him and he was just awe struck! Thank you Ben and the Steelers for making my son smile!!!” — Brett Brawdy, father Brandon Brawdy.

“As soon as the horn signaled the end of Steelers’ practice on Wednesday, Brandon Brawdy’s smile was a mile wide, but nonetheless the 15-year old looked slightly overwhelmed when he saw the entire team heading his way….”


You can read more and see some great photos here.