Home/News/It’s a Steelers Saturday…
Previous Next 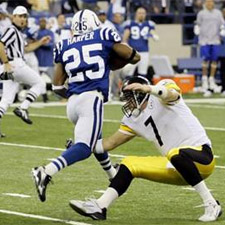 2005 Pittsburgh Steelers – Under head coach Bill Cowher, the Steelers finished the regular season 11-5. Led to the playoffs by quarterback Ben Roethlisberger and veteran running back Jerome Bettis, the Steelers defeated the Bengals (31-17), the Colts (21-18) and the Broncos (34-17) on their way to Super Bowl XL.

Ben is the game’s Honorary Chairman this year.


Their full schedule is here.