Home/News/It’s a Throwback Thursday!
Previous Next 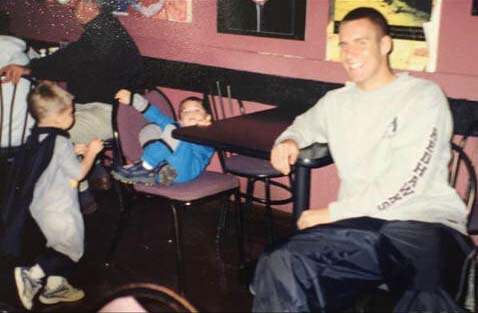 Cole Peterson’s father, John, is the Offensive Line Coach at the University of Pittsburgh, but from 1999 to 2003, was the offensive line coach and run-game coordinator for the RedHawks.

And apparently they put Ben on babysitting duties back in the day, which didn’t appear to go all that well (at least in this photo)!


Tanner shared another photo with us last year.