Home/News/It’s another Throwback Thursday
Previous Next 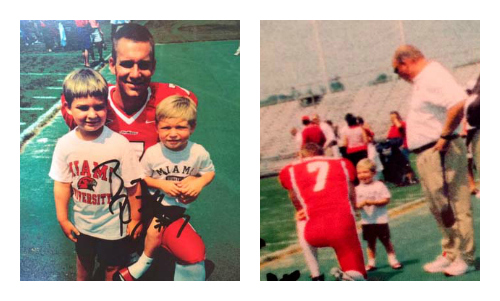 Left: Ben poses with Cole and his brother Austin Peterson during his days at Miami. Right: Ben gets some serious quarterbacking advice from Cole during practice.

Cole and his buddy Tanner Montgomery were big fans of Big Ben even back then.

Cole said that Ben always had time for him and Tanner, and would help their dads out by babysitting too, “He’s the best” said Cole.


Cole & Tanner are becoming regular contributors to our Throwback Thursday feature: from Cole & Tanner in February and Tanner’s from last year.