Super Bowl LI is going to the dogs

Super Bowl LI is going to the dogs

I hear that PD K9’s are already working hard for the Super Bowl. So proud to support their role in public safety. — Ben. 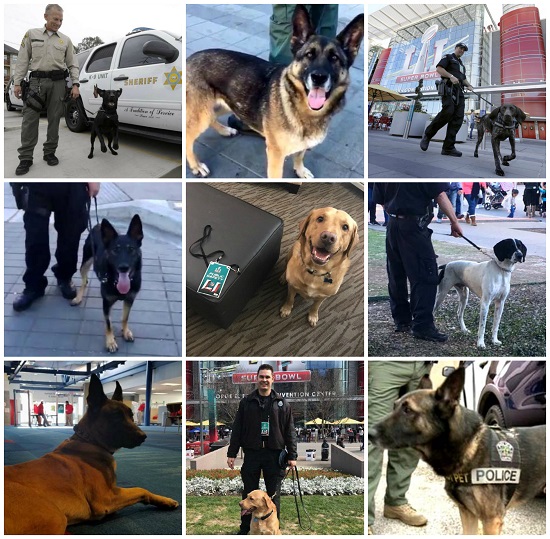 From KXAN in Texas earlier this week:

Man’s best friend will be part of heightened security around Super Bowl 51 and the events leading up to it.

More than 50 K9s and their law enforcement officers from across the country were sworn in Wednesday as Special Deputy U.S. Marshals for the Super Bowl in Houston.

The newly deputized K9 teams have arrived from all parts of the country… San Francisco, Los Angeles, Chicago, Phoenix and Norfolk, just to name a few.

There are even teams from far away as Puerto Rico and Guam.

The officers and their K9s will be part of increased security sweeps and monitoring for events before and during the big game.


You can learn more about Ben’s foundation & get info on donating to it right here.