Today, Ben announced the second grant award of the 2018 season from the Ben Roethlisberger Foundation at The Giving Back Fund. 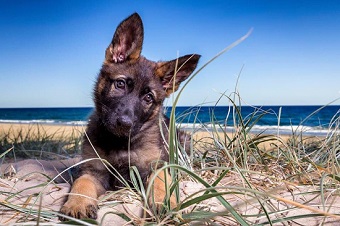 The Foundation will be distributing a grant to the Bradenton Police Department, located south of Raymond James Stadium where the Steelers will play the Buccaneers tonight.

The Bradenton Police Department will use the grant funds to purchase one fully trained dual purpose K-9 in order to expand their ability to remove illegal narcotics from the area. Their current K-9 unit consists of three K-9s and this grant will allow them to add the only drug interdiction and search and rescue K-9 to their team.

During the 2018 NFL season, The Ben Roethlisberger Foundation will be distributing grants to K-9 units of police and fire departments in the cities and surrounding communities of each regular season away game for the Steelers. The Foundation will also distribute several grants to the Pittsburgh area. This summer Ben invited police and fire departments across the country to submit proposals detailing their needs.


“This generous grant award will be used to purchase a new, fully-trained K-9 trained specifically in detecting narcotics and other harmful substances. Over the last several years, the City of Bradenton has unfortunately fallen victim to an unprecedented proliferation of opioid overdoses and deaths. Within the last year alone, the Bradenton Police Department has responded to 82 drug overdoses and nine suspected drug-related deaths.” — Chief Melanie Bevan, Bradenton Police Department.

This marks the 12th season that Ben’s foundation has distributed grants to K-9 units. His mission is to support K-9 units of police and fire departments throughout the United States, with a particular emphasis on support for working dogs in Pittsburgh, PA.

For more information about Ben’s Foundation or The Giving Back Fund, please contact Jessica Duffaut or visit www.givingback.org.

Sarris has teamed up with Ben once again and will donate 25 percent of the purchase price to the Ben Roethlisberger Foundation. That’s a sweet deal!