“What a crazy game! We will take a win any way we can get it. I am proud of the way the guys fought all the way until the end.” — Ben, on the field with Lisa Salter post-game.

From Bob Labriola, Steelers.com: Ben is Digest Player of the Week 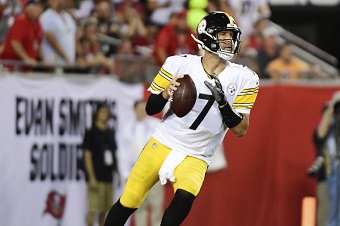 
You can read more from Mr. Labriola and check out all the highlights from the game, as well as Ben’s post-game interview here.

– With this win, Ben ties Dan Marino for the 4th most career games of at least 350 passing yards & 3 passing TD with 19.

– With this win, Ben has tied Joe Montana & Tom Brady for the third most career victories as a starting QB on Monday Night Football with 15.

Ben’s play was nothing new for Steeler Nation: 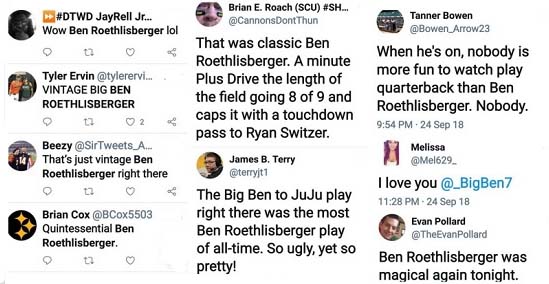 And check out those cleats! 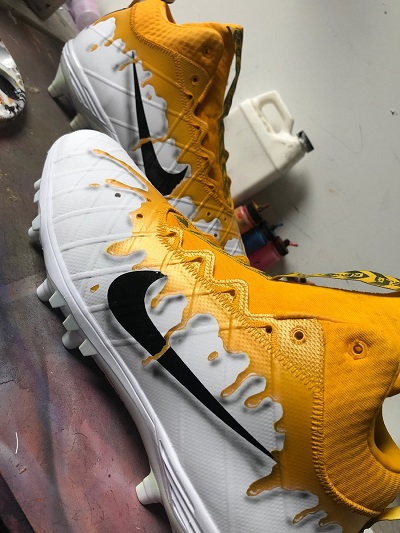