The Ben Roethlisberger Foundation at Work

The Ben Roethlisberger Foundation at Work

We have an update on K9 Logen from the Montgomery County Sheriff’s Office in Maryland!

Remember Logen? He was featured on the website last September, after the Sheriff’s Office sent an email to Ben thanking him for the grant they received to purchase four “K-9 Storm” bullet proof vests, one of which would be used for their new puppy K-9, Logen. 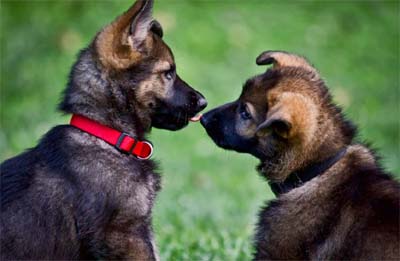 Brothers in Paws: Leo and Logen share a “tough guys” moment after a long day of training last year.

And one again, they wanted to share Logen’s progress with Ben’s fans!

“Recently, Montgomery County Sheriff’s Office K9 Unit Supervisor Sgt. Joe Stanton and his partner, K9 Logen, along with Montgomery County Police K9 Sergeant Ari Elkin and his Partner K9 Leo, successfully completed K9 detector training. During this training, Logen learned to detect over 20 different combinations of explosive odors and Leo was trained to detect illegal drugs. Upon completion of this training, Logen and Leo officially became part of their respective agency’s K9 unit! Your followers will recognize some of the earlier photos of Logen as he was when he started his training with Sgt. Stanton at just 8 weeks old. He certainly has grown since those early photos. But what most of you don’t know is that Logen and Leo are blood brothers! Born in April of 2012, these two canines are now part of the Montgomery County Law Enforcement Community.

In the photo of the two K-9s together when they were 8-week old puppies, Leo is on the left and Logen is on the right.” 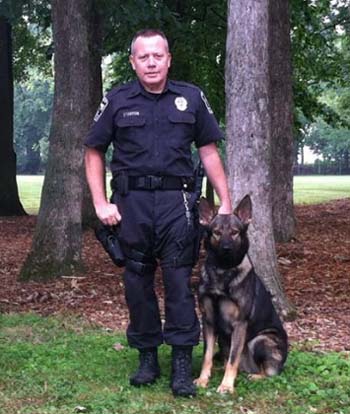 Partners in Crime Fighting: Sgt. Joe Stanton and K-9 Logen ready for their next training assignment.

“Logen and another K9, Harley, are set to begin 16 weeks of K9 Patrol training beginning this month. K9 Harley, a 1-year-old German Shepherd was recently imported from Europe and selected to be Deputy Austin’s first K9 partner.

During these 16 weeks of K9 Patrol School, the K9 teams will be trained in the areas of Obedience, Agility, Tracking, Evidence Search, Suspect Search, and Criminal Apprehension.”

Congratulations to Sgt. Stanton and Sgt. Elkin. Lets all welcome Logen, and Leo into the Sheriff’s Office and the Police Department!

And thank you to Montgomery County Sheriff Darren Popkin, Sgt. Stanton, and especially Deputy Sheriff James Johnson for keeping us up-to-date on Logen’s progress into the world of law enforcement.


You can read about Ben’s foundation here.